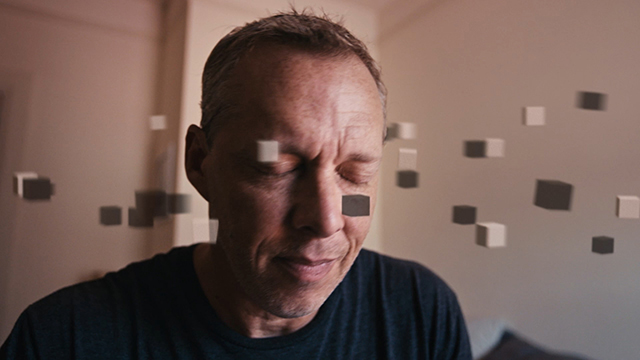 People Who Emerged From Life Threatening Accidents With Amazing Powers

You have all read the books, seen the movies and heard the stories about someone’s near death experience who can now play Mozart at the piano and never took a lesson, painting like Rembrandt, singing like an opera star or a mathematical genius who couldn’t pass algebra in high school.

What happens to these people and where do they go to obtain these gifts? Are they new gifts taught to them in other dimensions, a gift they have always had but buried deep in the brain or talents remembered from past lives and freed when the soul veil was lifted? Doing a little research on this phenomenon, I came up with some very interesting stories and answers.

Just like any comic book super hero origin story, the nondescript individual had some accident or life changing event which caused them to go through a new tunnel and emerge from the other side with powers they cannot explain. These comic book heroes have been proven to be a very real thing. There are recipients in everyday life with extraordinary skills and gifts from incidences that should have very well killed them. Here are three ordinary people and on an ordinary day, almost got killed and came back very gifted, very skilled and very different.

In 2006, Derek Amato was at a party with friends and dove head first into a pool, smacking his head on the bottom and knocking himself unconscious. When he awakened in the hospital, the doctors told him that he had suffered a severe concussion. The concussion left him with unbearable headaches, memory loss, and a 35% loss of hearing. It also apparently gave him a newfound musical genius. It started with the strange sensation of seeing black and white shapes moving about in the dark when he closed his eyes. At first, he did not know what this meant but soon realized that these shapes represented musical notes. Amato, who had never been able to play a musical instrument or read music, found himself suddenly able to play the piano as naturally as breathing. He would describe it as if the black and white shapes were showing him where to move his fingers without any conscious effort on his part, allowing him to intuitively play.

A head injury also brought out impressive artistic ability to Alonzo Clemens, who suffered severe brain trauma in an accident when he was a very young boy. The injury would leave him mentally challenged, with a stunted vocabulary, unable to speak clearly and do simple tasks but it also gave him the phenomenal ability to sculpt anything he sees in breathtakingly complex detail from memory after just looking at it once, particularly animals. Clemens can simply glance at an animal such as a horse for a few seconds and then sculpt an incredibly detailed replica of it, accurate to the last minuscule detail. This kind of sculpting would take a normal artist several hours and constantly have to look at the subject. Clemens makes these sculptures in less than 30 minutes with merely a quick glance.

Italian immigrant Franco Magnani came to San Francisco, California, and promptly came down with a mysterious illness that caused severe fever, seizures, and delirium. During that time he had vivid dreams of his childhood and memories which he had forgotten about for years. So clear were these images, mostly of his childhood village of Pontito, Italy, that he found he was able to spontaneously paint them in an incredibly photorealistic fashion as if they were photographs rather than a painting, right down to the minute details. The odd part is that Magnani, who had been a cook in Italy, had never been able to paint and never painted a picture in his life. What’s more, these paintings proved to be incredibly precise, matching up perfectly to photographs taken in Pontito for comparison.

In all of these cases we have people emerging from potentially catastrophic brain injuries with newfound abilities, skills, powers, and perceptions beyond the normal person. But what is really going on here? How does this happen? Although poorly understood by science, most believe that these gifted people are tapping into the same reservoir of mysterious mental powers that are accessed by savants, who through some weird wiring of the brain and forces not yet fully understood, are able to unlock vast mental abilities normally hidden away. It is believed that the brain trauma suffered by these otherwise healthy, normal individuals, broke down a barrier to allow them access to raw potential, a condition called “acquired savant syndrome.” The one consistent thread among all these stories is the word “intuitively.” Their gifts aren’t just painting a normal painting, now good at math or a great piano player but done in a fashion that is surreal. This is what makes me think there may be more than just a brain expansion theory going on.

It is a well-known fact we only use a small percentage of our brain’s capacity. How that other percentage is unlocked, no one has figured it out yet. The scientific explanation is the brain, due to trauma or fever expands and opens channels that were not used before. Then there is always the other explanations of past life gifts being remembered and alternate reality gifts being given. You choose one but I feel in these cases, both might be right.