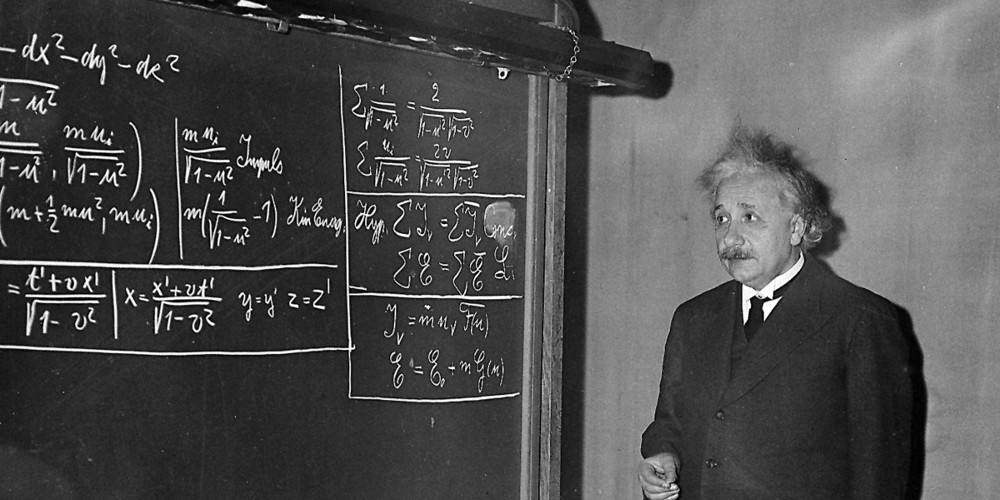 Physics Genius Einstein Had A Very Dark Side

Einstein has left his mark in many arenas; science, literature, movies and has even become a pop art icon. When Einstein was creating ripples in the scientific world, as with most public figures, their personal life usually does not add up to the persona presented to the public. To the general public, both before and after his death, Einstein was viewed as an enigmatic celebrity; he was a wild-haired eccentric whose name became synonymous with genius. But behind closed doors, the fabled physicist may not have been such a friendly figure. In fact, evidence has emerged that paints Einstein in an entirely different light to that of his lovable public image.

Some of these facts fall in line with the era but most of it is about a misogynist, selfish and completely self-absorbed man child. Here are some interesting personal characteristics that he would for sure not be able to pull off in today’s society.

1. He met his first wife while attending Zurich Polytechnic, a fellow student called Mileva Marić. The only female in a class full of men, the Serbian was considered to be an exceptionally gifted mathematician. However, the 26-year-old’s academic career came to an abrupt stop in 1901 when she fell pregnant with Einstein’s child. She traveled back to Serbia and gave birth to a daughter, Lieserl, whose fate remains unknown. Nonetheless, Einstein’s lover returned to Switzerland alone, and the pair later married in January 1903. The following year, a son, Hans, came along, followed by a brother, Eduard, in 1910.

2. In 1912 Einstein had become close to his cousin Elsa Löwenthal, a divorced mother of two daughters. They soon entered into an extramarital affair with Einstein and Marić continuing to keep up appearances.

3. However, the extent of their difficulties remained unknown until a stash of letters between Einstein and Marić were discovered 70 years later. In them, Einstein detailed a shocking list of conditions for Maric’ if she wanted to remain married to him. According to the documents released in 1987, Marić was required to ensure that her husband’s laundry was done precisely and to maintain his wardrobe. She was also ordered to serve him three meals a day in the comfort of his own room. Additionally, Einstein demanded that his wife keep his living and work areas neat and tidy at all times. Other entries placed strict limits and guidelines on personal interactions between the couple.

4. Einstein also requested that Marić forgo his company, both at home and while traveling, along with any expectations of “intimacy.” Furthermore, he demanded to have ultimate control over many other situations. For example, he desired to be able to silence his wife whenever he wished and to banish her from his study as he saw fit. Amazingly, Marić appears to have agreed to Einstein’s demands – at least for a time. But just three months after the family’s arrival in Berlin, Marić took her sons and returned to Zurich. The separation was permanent, and the couple eventually divorced in 1919. That same year, Einstein and Löwenthal married and the physicist adopted her daughters, Ilse and Margot.

5. Einstein’s apparent mistreatment of those nearest and dearest to him did not end there. Reportedly, he engaged in a number of affairs while married to Löwenthal. He even spoke openly with her family about his liaisons, sometimes appearing to boast about his apparent sex appeal. “Out of all the dames I am in fact attached only to Mrs. L who is absolutely harmless,” he later wrote in a letter.

6. Another not too pleasant aspect of Einstein’s character was exposed in his relationship with his sons. Publicly, the scientist won praise for donating the money he was awarded for winning the Nobel Prize in 1921 to Marić and his boys. However, when Eduard was diagnosed with schizophrenia as a 20-year-old, his father reacted with horror and eventually had him committed to a psychiatric institution in 1932. And even though Einstein maintained a correspondence with his youngest son, he never visited him. Then, the following year, Einstein and Löwenthal fled the rise of Nazi Germany and emigrated to the U.S., leaving Eduard behind and never seeing him again.

7. When his second wife became seriously ill with heart and kidney problems, Einstein appeared to show a total lack of compassion. While Löwenthal was dying, Einstein apparently threw himself into his work, believing that his studies would help him through the difficult time. But on December 20, 1936, his wife passed away, leaving Einstein alone and bereft.

Many dispute the findings of Einstein’s wicked personal life, saying that he was a good husband and father. Whatever the real truth is, it seems that there was far more sooty facts to history’s most famous scientist than meets the eye. If Einstein was in our culture of today’s Instagram and technology, his private life would have definitely been exposed much soon than 70 years later and quite possibly his wife Maric’ would have been much less tolerant of his demands.