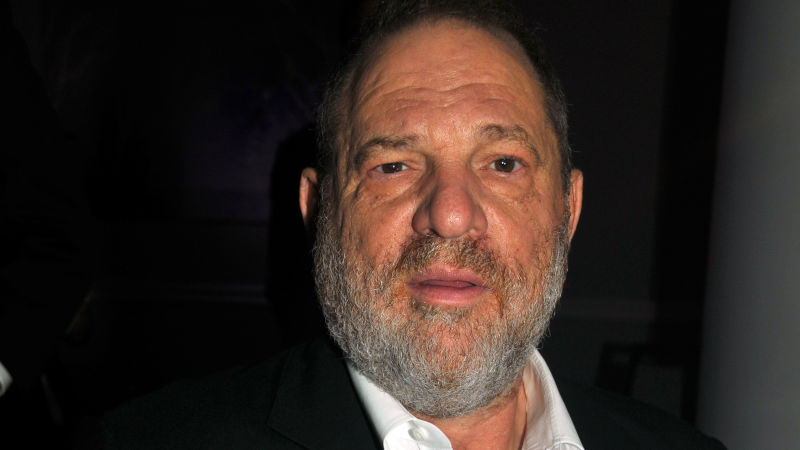 Producer Harvey Weinstein Fired From His Own Company Over Sexual Allegations

There have always been the accusations and rumors of how Hollywood young starlets and actors had to put up with the sexual advances, inappropriate behavior and disrespectful proposals from the big money suits who were in charge of making or breaking their careers. Now another sexual allegations controversy has erupted into the media. This time with a very, very big and powerful producer. As in the past, after the first accusation is made, the rest follow. This time it seems, it is not being treated with a blind eye or being tolerated.

Hollywood producer Harvey Weinstein has been terminated from his role at the Weinstein Company following allegations of sexual harassment.

Weinstein co-founded the film studio in 2005 with his brother. It has produced some of Hollywood’s biggest hits, including “Django Unchained” and “The King’s Speech.” Rumors have it that Weinstein’s brother may take over the company along with David Glasser, the chief operating officer.

Earlier this week, Weinstein was reportedly lawyering up to fight two “potentially explosive” stories about him. The New York Times published one of those stories on Thursday, titled “Decades of Sexual Harassment Accusations Against Harvey Weinstein.”

The article printed several accusations from current and former employees as well as actress Ashley Judd. Judd described an encounter with Weinstein in which he “sent her up to his hotel room, where he appeared in a bathrobe and asked if he could give her a massage or she could watch him shower.” He also reportedly enforced a code of silence in regards to his behavior. In 1997, he reached an undisclosed settlement with actress Rose McGowan for her not to expose his sexual advances to the public.

Weinstein did not deny the allegations against him, though he did release a statement addressing the reports.

“I appreciate the way I’ve behaved with colleagues in the past has caused a lot of pain and I sincerely apologize for it. Though I’m trying to do better, I know I have a long way to go,” he said. “I so respect all women and regret what happened.”

“I cannot be more remorseful about the people I hurt and I plan to do right by all of them,” he added.

The fallout of these accusations so far has not been limited to Weinstein. Besides his own termination, a third of the board members of The Weinstein Company have resigned their positions and his attorney Lisa Bloom resigned from her role as his adviser. “I have resigned as an advisor to Harvey Weinstein,” she tweeted. “My understanding is that Mr. Weinstein and his board are moving toward an agreement.” Her announcement was made after several more sexual harassment accusations against Weinstein came to light.

This is another example of how the powerful Aquarian energy we are in now is exposing what is held secret. Weinstein has wielded his power as a big-name producer over women in Hollywood for decades and is long overdue for accountability. As far as Weinstein’s future, he is already doing damage control and more than likely will continue on with business. I am sure everyone in Hollywood was aware of this situation but it is one of those subjects you don’t talk about in polite company if you want to get rich or keep acting.

Seven of Pentacles: Inverted (Upside Down)

Watching your hard work pay off or you reap what you sow. Since pulled inverted, it is obvious that Weinstein brought this upon himself and is now forced to see the damage he has done.

Romantic dreamer who follows his heart’s desires. Since pulled inverted, Weinstein unfortunately does not fall into type of the handsome Hollywood actor or producer, so his behavior towards women came from having power over others.

Strong female energy who knows who she is and is willing to give straight answers. She can also carry old emotional scars from the past. I believe this card is representative of the women now coming forward, possibly risking career and support.

Harvey WeinsteinHollywood
Previous ArticleHow to Look After Your Creative & Sensual ChakraNext ArticleIncredibly Clear UFO Sighting – Can It Be Real?