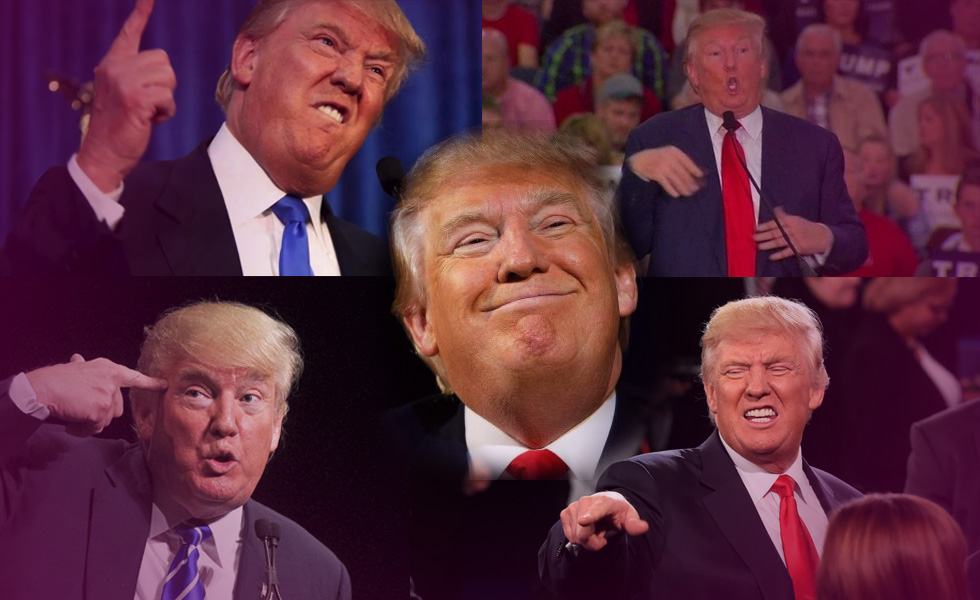 The only thing that’s more vocal than Mr Donald Trump’s tweets right now are his unhappy citizen’s, despondent with his political decisions and general existence. However, the naysayers have now taken things to a new and brutal level.

Top respected psychologists have spoken publicly about Mr Trump’s mental health and they’ve even started to publish their findings. Professor John D Gartner, a psychotherapist from the Johns Hopkins School of Medicine has accused Mr Trump of being dangerously mentally ill and incapable of being president. In his ‘diagnosis’ Professor Gartner says that the President shows signs of a personality disorder called ‘malignant narcissism,’ which he defines as a mix of narcissism, antisocial personality disorder, aggression and sadism. Serious stuff!

The American Psychiatry Association has revealed a nine-point checklist. If someone can tick off 5 from the (very long) list then it’s likely they have the condition. Such as? A grandiose sense of self-importance? Preoccupied with Power? Lack of Empathy? Interpersonally exploitative? Surrounded by ‘Yes Men?’

Some mental health professionals say that psychologists should not diagnose a person who they haven’t met. As defined in the ‘Goldenwater Rule’ which forms part of the code of ethics for the American Psychiatric Association, it says, ‘It is wrong to provide a professional opinion of a public figure without examining that person and gaining consent to discuss the evaluation.’ Professor of Psychiatry Mr Daniel Smith from The University of Glasgow agrees. He said that it was unethical and not good practice to comment on individuals who have not been assessed. Quite!

Psychologists such as Professor Gartner say they are doing their duty in trying to warn the public but are making the situation worse with their fear mongering?

The cards drawn today are the Four of Hearts, the Emperor and the Five of Wands.

The Four of Hearts
This represents the group of psychologists who have spoken out about President Trump. This card says that their expectations have not been met, they should consider their motivations for publicly speaking out with their offerings. The psychologists should withdraw and use it as a time of introspection to re-evaluate their views.

The Emperor
This is Mr Trump’s card. He has made some very unpopular decisions which he stands by. This card says that Mr Trump’s attitude about acquiring and using power is continually being tested. He is breaking the old patterns and wants to be seen as a serious leader who is also capable of benevolence and compassion. This has not translated very well to his citizens.

The Five of Wands
This represents Mr Trump’s citizen’s, they have been subject to further conflict in an already angry and frustrating situation. If wisdom prevails, then it is entirely possible that balance can be achieved.

The psychologists have added fuel to the fire by making an already volatile situation worse and it’s also become personal. Breaching an ethical code and making public medical judgments is unacceptable, irrespective of their well- meaning reasoning. Mr Trump was not the popular choice and fear mongering will not help improve the situation. No-one is listening right now but perhaps they should.