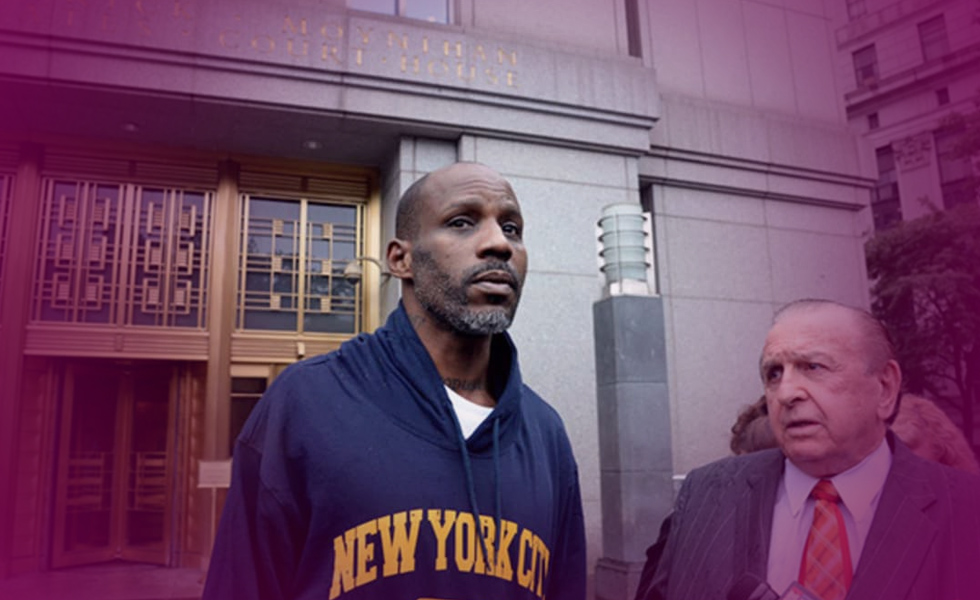 “For years, Earl Simmons, the recording artist and performer known as DMX, made millions from his chart-topping songs, concert performances and television shows and apparently also tried to hide it from Uncle Sam with a cash-only lifestyle, prosecutors say. The hip-hop chart-topper, DMX aka Earl Simmons, turned himself in to federal authorities on charges of 14 counts of tax fraud. “Celebrity rapper or not, all Americans must pay their taxes and together with our partners at the IRS, we will pursue those who deliberately and criminally evade this basic obligation,” acting U.S. Attorney Joon H. Kim said in a Department of Justice press release. The indictment accuses the 46-year-old “X-Gon’ Give It To Ya” singer of racking up an unpaid $1.7 million tax bill on income earned from recordings and performances from 2002 to 2005. In addition, Simmons allegedly failed to file tax returns from 2010 to 2015 despite making more than $2.3 million.

DMX allegedly went out of his way to evade taxes by avoiding personal bank accounts, setting up accounts in other’s names and paying personal expenses largely in cash according to the release. Even going as far as to deposit his royalties into his manager’s account. DMX also tried to conceal income from a reality show as well, prosecutors claim. He allegedly demanded that producers of “Celebrity Couples Therapy” reissue him a $125,000 check without withholding taxes or he would quit the show and allegedly lied in bankruptcy court about his income from 2011 to 2013. A lawyer for DMX told Reuters that the rapper will plead innocent to the charges. The rapper, whose first five albums debuted at No. 1 on the Billboard 200, has a dubious track record outside of show business. He’s been arrested for drug possession, DUI, theft, animal cruelty, assault, child support avoidance, weapon possession and more, Billboard reported. DMX just added tax evasion to his rap sheet.

Well As The Saying Goes, “No One Escapes Death Or Paying Taxes To The Government”.

My sense about this case against DMX is it will end up like Wesley Snipes, who did 28 months of his 3-year jail sentence for not paying his taxes and of course still had to pay all his back taxes when he was freed. This definitely does not bode well for a happy outcome.

Four of Cups: Inverted (Upside Down)
This is about being bored and feeling stuck. Since pulled inverted, I feel DMX’s attitude about not paying any taxes on his income is he could stay one step ahead of the IRS with creative financing and felt he was above having to give ‘his” money to the government.

Knight Of Wands: Inverted
This is a card of freedom to do what you want and impatience. Since pulled inverted, I believe it supports my above statement that DMX is going to lose his freedom for awhile. Also, it feels the IRS has been very impatient about catching him on his tax paying aversion.

Three of Pentacles:
This card is of future success. I feel that even through all this mess, DMX will successfully land back on his feet and possibly pay his taxes this time?

Where Do You Get Your Worthiness From?