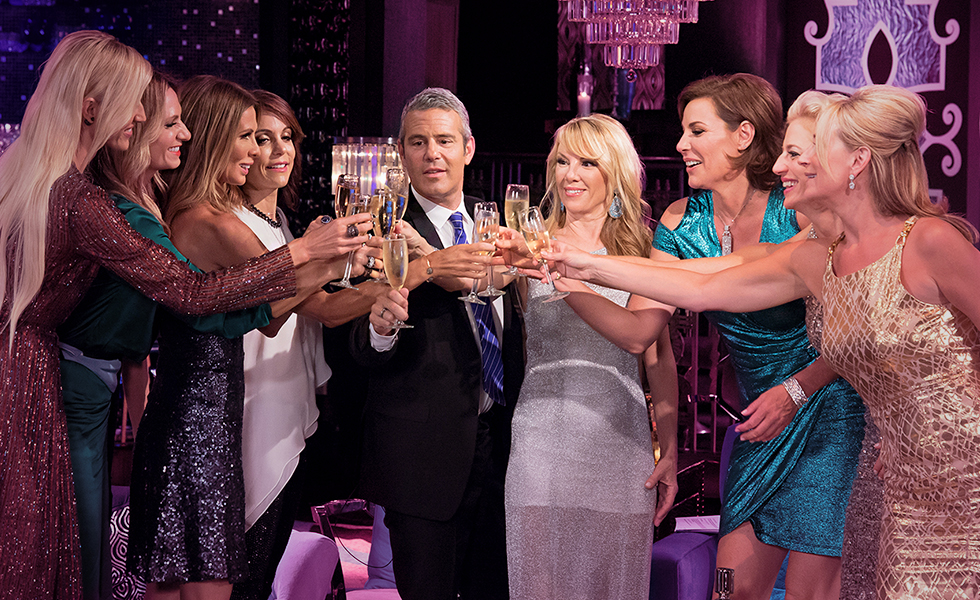 RHONY reunion was some fun. It was fun if you were sitting on the outside looking in, and only if you know the girls don’t have anything on you. Luann de Lesseps let fly and called Bethenny Franklyn a hypocrite. This was amid many crossfires of accusations of sleeping around, doing drugs and being an alcoholic. Andy Cohen was a very brave man to sit where he did, right in the centre of the group while verbal missiles flew all around him.
While watching the preview, I felt each went in with their shields up and ammunition on the others, just in case. Of course when you go in with that attitude, it is like carrying gas to a firework. Something is going to give. Sonja Morgan practically told us this when she was preparing to go on stage. She said:

“Well I have something on all those girls”

or something to that effect. As it turns out they must have heard her, because she was the first to leave the stage. Perhaps her ammunition was not as juicy as she thought it was. I would love to see all the girls get along. But it does make for better TV if they squabble a bit. This show was like a prelude to a murder investigation with the accusations flying. They were the kind of things your mother told you not to say to others to spare their feelings. Not many willing to spare feelings here. Well let’s hope they can let all this slide under the carpet and move on. But we know that won’t happen.

What do the cards say about the ladies of RHONY this week? Strangely it would appear from the Four of Cups, that although they all walked on stage armed and ready for the battle. They each in their hearts wanted peace and harmony and a few laughs. However, the Three of Wands showed that unfortunately the things that needed saying were just too strong. The pressure built up, and the lid flew off the pot. The Ten of Swords shows that a lot more was said than was intended.

Real Housewives of New York
Previous ArticleTurns out Cameron Diaz is just like the rest of us.Next ArticleAriana Grande sued for copyright, will she win or lose?