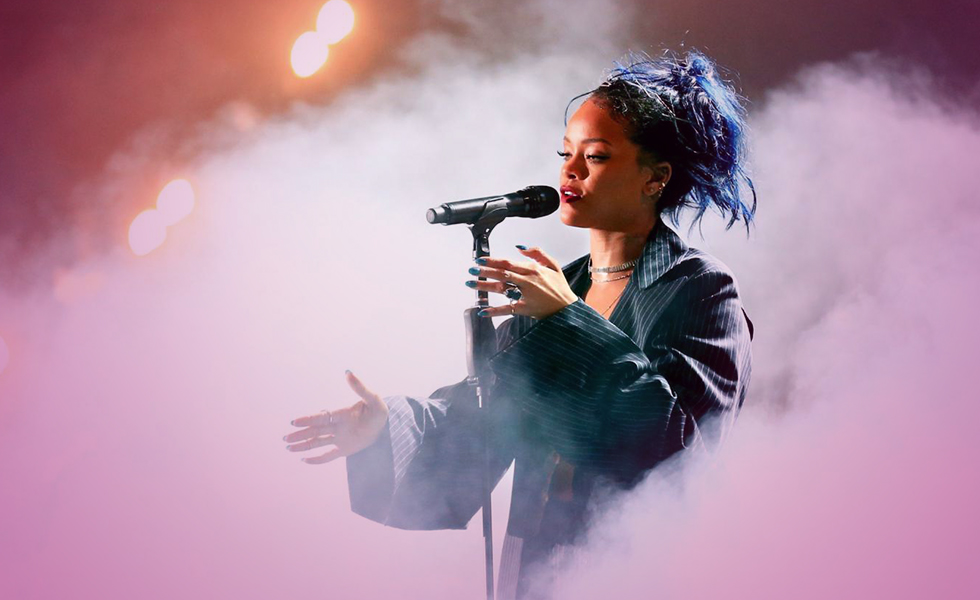 Rihanna worth the wait as Lewis Hamilton watches from the sidelines.

Rain-soaked fans waited in earnest for Rihanna as she turned up late for the V Festival in Europe. She finally arrived on stage to huge applause. She did not disappoint. Her fans appeared thrilled with both her vocal performance and stage presence. Rihanna appeared to cover up for the chilly UK weather but soon peeled off the outer layers to reveal a typically sexually provocative ensemble as Lewis Hamilton watched from the side of the stage.
There has been much speculation that RiRi is dating F1 Champion Lewis Hamilton although he has always denied this. Rihanna has reportedly demanded that ‘good friend’ Lewis cuts ties with his ex Nicole-Scherzinger.
Do we see a romance developing between these two?

Rihanna drew the Wheel of Fortune, the Six of Swords and the King of Pentacles. The Wheel of Fortune reveals Karma and is very much about beginnings and endings. Both Rihanna and Lewis have experienced relationships in the past and this card reveals that no one stays on top forever. Responsibility should be taken in order that they do not leave things to chance. The Six of Swords is the dream journey that is very much a rite of passage. Actual travel is indicated here but also forward movement from limiting thoughts. The King of Pentacles asks that ties are maintained with the natural world because these will protect with any challenges moving forward. I feel there will be more headlines from this ‘couple.’ Watch this space!