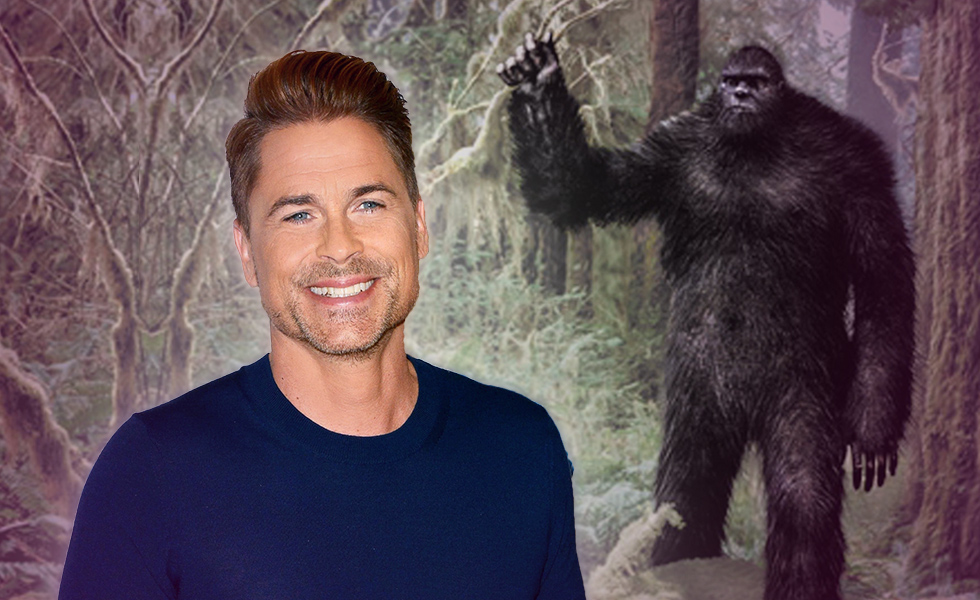 Did Rob Lowe Really See Bigfoot In His New Show, “The Lowe Files”?

“It’s more fun to believe.” That’s the tagline for Rob Lowe ’s new unscripted series on A&E called “The Lowe Files,” and it’s quite fitting. Debuting Wednesday at 10 p.m. ET, “The Lowe Files” follows the actor and his two sons, Matt and John Owen, as they travel the country trying to uncover unsolved mysteries. Along the way, they seek out ghosts, aliens, and Bigfoot. Yes, even Bigfoot. Lowe told HuffPost that spooky tales and legends have been a part of his family for a long time. He knows that some people will think this all sounds crazy. “Before I sound like a totally insane person you have to understand — all that campfire, the spooky lure has been a part of our family’s storytelling culture forever — ghosts, aliens, and all that stuff,” he said.

The actor, known for his TV work on “The West Wing,” “Parks and Recreation” and more recently “Code Black,” says he simply wanted to find out if any of it was real. Lowe says the series was the “most hands-on, intensive thing” he’s ever done. Plus, he got the chance to hang with his two 20-something sons. “It was my idea. I produced it as well, cut that trailer myself. I had a vision for a show where I could go out with my guys and parents out there will understand how hard it is to get your kids to hang out with you. I had to do this!” he jokingly said. “And we grew up watching these silly shows — ‘Finding Bigfoot’ and ‘Ancient Aliens.’ It’s our guilty pleasure. And so we thought we’d do a version of our own for a blast and it turned out so fun.” Aside from trying to find Bigfoot, the Lowes visit a supposed alien base located 2,000 feet underwater off the coast of Malibu, California, team up with shaman to hunt for ghosts at Preston Castle, a seemingly haunted abandoned boys’ reformatory and train with a top-secret government operative in methods of remote viewing. (a challenge to identify images from great distances)

OK…..then so what’s the deal with Bigfoot, or Sasquatch, or the wood ape, as it has also been called? For years, people have claimed to have seen this hairy ape-like creature. So Lowe and his sons thought it would be fun to set out and try to find Bigfoot. A lot of fuss has been made about whether they did indeed spot the creature. Lowe tried to set the record straight during an interview. “The end of the day, on Bigfoot? We found ourselves in some pretty hairy stuff. Legitimately. Wait until you see that episode. You’ll have to be own your judge,” he said, adding, “I look at things, and I go, ‘Could it be a hoax?’ Completely. ‘Is a lot of it a hoax?’ For sure. But for it to be an utter hoax it would have to be someone hoaxing people for hundreds of years across many different cultures, across many different geographical locations,” Lowe said. “And maybe everybody had that idea and did it. But what we actually came across in that episode, I was actually on the ground and scared.”
Over the course of the series, the audience learns a lot about Lowe and his relationship with his sons. They all come to the adventure with their own level of skepticism. Sometimes the trio encounters things that could be real. Other times, their journey comes up flat. But one thing they do promise is that everything you see is 100 percent authentic. So did filming the series turn Lowe into a true believer? “I still come away after doing eight episodes of this, I still don’t really know,” he said, though quickly adding, “I’d rather live in a world where Bigfoot exists than where he doesn’t.”

Ghosts, Aliens and Mysterious Creature Legends Will Always Bring Up Those Questions, “What If”?

Queen of Pentacles: This is a woman that status is important and the need to be of service. For some reason, I feel this may be Lowe’s wife who encouraged and supported him in finally doing this show.

Seven of Cups: Inverted (Upside Down) This is many choices to be made. Since pulled inverted, I believe Lowe had a basket full of unsolved mysteries and was hard pressed to pick which ones he thought would be the most viewer friendly.

Seven of Swords:
Inverted This is running away from a commitment or not dealing with a situation. Since this card was inverted, I feel Lowe finally put this show together that he has wanted to do for a long time and stopped coming up with excuses for not doing it.