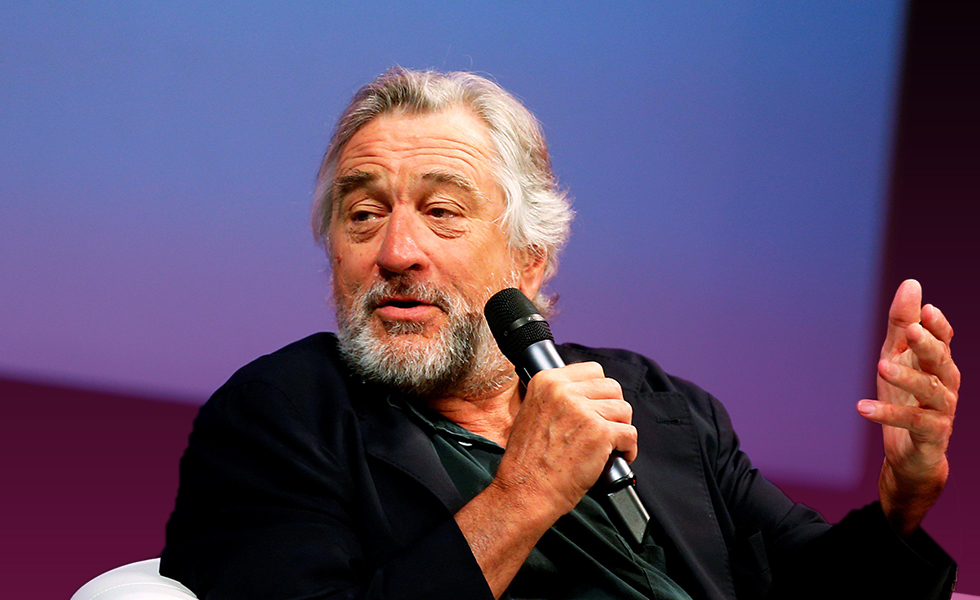 Robert De Niro has been exercising his vocal chords at the Sarajevo Film Festival.
The iconic actor was presenting the digital version of Taxi Driver in honour of its 40th anniversary.
On the subject of Taxi Driver, the 72-year-old compared Donald Trump to the character Travis Bickle from the cult movie.
Mr.De Niro openly talked about why he believed Trump should not be where he is in his political career.
He also said that in spite of Trump’s popularity, things may change before the November presidential election.
De Niro felt that Trump had too much air time and should not speak publicly about issues that he was unable to back up.
Robert De Niro is to receive the First Honorary Heart of Sarajevo, a Lifetime Achievement Award.

A lifetime achievement award for someone in their 70’s. He’s certainly deserving of the award! So what’s next for
Mr.De Niro? Is there more to achieve for the veteran movie star? He drew the Two of Swords, the Queen of Pentacles and the King of Pentacles. I feel that De Niro has stated his agenda in making judgments about Donald Trump. He obviously feels that he could do better. The Two of Swords shows that De Niro has found the balance in his life. Any confrontation or judgement will dissipate and much equilibrium will be achieved. The Queen and The King of Pentacles are very much about money. De Niro is aware of the financial problems of others. Pentacles collectively shows De Niro using his celebrity in order to raise awareness and financially assist the less fortunate. I feel that he will put his celebrity to good use as the healing energy around him assists others wishing to gain security in the world.