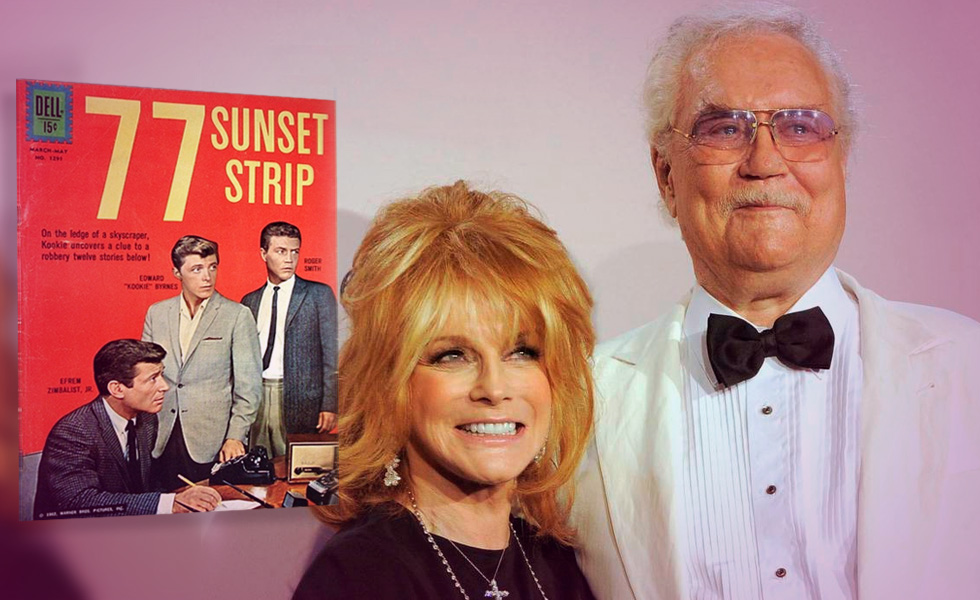 Roger Smith, Husband of Ann-Margaret and Star of ‘77 Sunset Strip’ Dead At 84

Roger Smith, the actor known for his role as the suave detective Jeff Spencer on the TV show “77 Sunset Strip,” has died. He was 84. Jack Gilardi, an agent for Smith’s widow, Ann-Margret, confirmed the news to the Associated Press, saying the actor died at a Los Angeles hospital Sunday after a long battle with a terminal illness. The exact cause of death was not released. Born in California in 1932, Smith began his acting career in the 1950s. He had grown up taking singing and dance classes, as well as starring in school theater productions. In the ‘50s, Smith was spotted by actor James Cagney who reportedly encouraged Smith to try his hand at a career in Hollywood. The actor appeared in a handful of films, such as “No Time to Be Young” (1957), “Operation Mad Ball” (1957) and Auntie Mame in (1958). He also worked with Cagney in two films: “Man of a Thousand Faces” (1957) and “Never Steal Anything Small” (1959).

During the early years of his fame, Smith married Australian actress Victoria Shaw, in 1956. The pair had three children together but divorced in 1965. Eventually, he earned his star-making role on “77 Sunset Strip,” which aired on ABC from 1958 to 1964. The Hollywood Reporter wrote, the show “captured the cultural zeitgeist (mood) of the era during its six-season run. Smith had to leave the show in 1963 after he fell at home and lost consciousness. He was hospitalized after the incident and diagnosed with a blood clot on his brain.

Smith returned to acting once he recovered but in 1965, he was diagnosed with the nerve disease myasthenia gravis. After his diagnosis, Smith appeared as the title character in NBC’s comedy-drama “Mister Roberts.” He only appeared in two more films after that series ended in 1966. Around that time, Smith began dating actress Ann-Margret. The two married in 1967 and were together until his death. Once Smith quit acting, he stepped in as Ann-Margret’s manager, producing many of her stage shows and TV specials, including, “Ann-Margret: From Hollywood with Love” (1969), “Ann-Margret: When You’re Smiling” (1973) and “Ann-Margret … Rhinestone Cowgirl” (1977). “Now in Roger I’ve found all the men I need rolled into one: a father, a friend, a lover, a manager, a businessman,” Ann-Margret told writer Rex Reed in 1972. “It’s perfect for me. I couldn’t exist without a strong man.”

Roger Smith Is Another Great Actor We Have Lost From The “Cool TV” Era Of The Fifties And Sixties.

Roger Smith in Hollywood now, would be what they call a B List Actor. Never really getting strong lead roles except for the “77 Sunset Strip” series. Who knows where his career might have gone if he had not gotten ill. I am sure he never regretted becoming his wife’s manager and making her star shine brighter! They were devoted to each other.

Ace of Cups:
This card is gaining one’s heart’s desire. I believe this card shows that he was happy being married to Ann-Margret and working as her star maker.

Six of Cups:
This card is forgiveness and past nostalgia. This may represent Smith’s attitude about Hollywood and its star making machine where his wife’s career was concerned as she also had a serious accident which almost took her life and struggled to make a comeback.

Queen of Swords:
This is a strong woman with straight answers and sometimes carrying hurt from the past. I feel this card represents his wife Ann-Margret who I believe was the strength in this relationship. I am sure it was not easy watching the one you love deal with a debilitating disease.