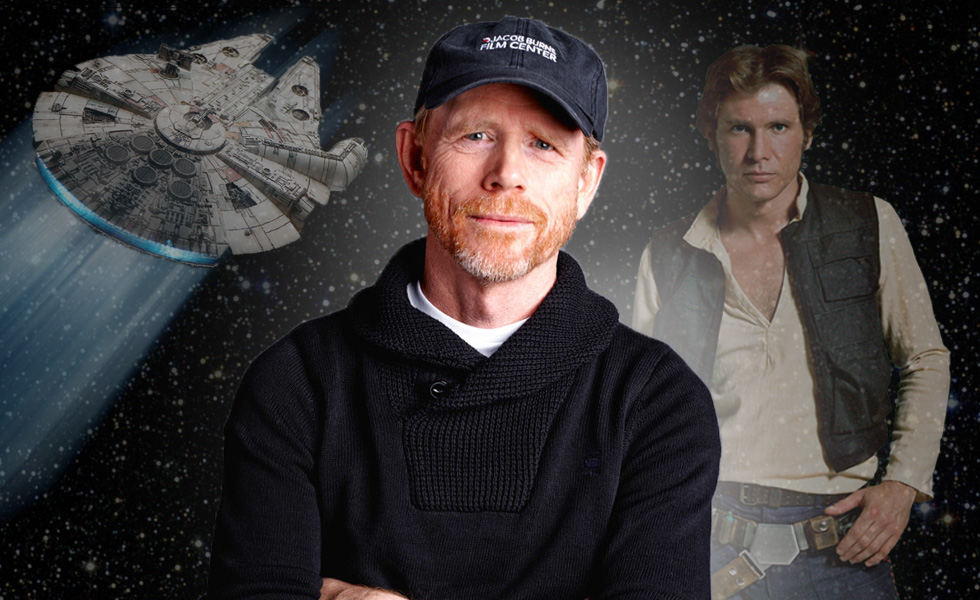 Ron Howard Taking Over As Director Of Han Solo Movie

The Millennium Falcon has a new pilot. The news comes after Lucasfilm parted ways with the original directors, Phil Lord and Chris Miller. The yet untitled Han Solo film now has a new director. Ron Howard is officially signed on to finish off the “Star Wars” spinoff film. Creative differences with writer Lawrence Kasdan, who also helped write “The Empire Strikes Back” and “Return Of The Jedi” were cited as reason for the firing. Kathleen Kennedy, president of Lucasfilm, made the decision official in a statement on the “Star Wars” website. “At Lucasfilm, we believe the highest goal of each film is to delight, carrying forward the spirit of the saga that George Lucas began forty years ago,” Kennedy said. “With that in mind, we’re thrilled to announce that Ron Howard will step in to direct the untitled Han Solo film. We have a wonderful script, an incredible cast and crew and the absolute commitment to make a great movie.” LucasFilm is still planning to release the film on May 25, 2018.

Howard is considered to be a safe choice to complete the task, someone who will more than ably finish the movie while being a calming presence on set. His longstanding ties with George Lucas started when he starred in 1973′s “American Graffiti,” which Lucas directed. Howard also disclosed in 2015 that Lucas had asked him to direct 1999′s “The Phantom Menace.” Lord and Miller, the film’s previous directors, who had directed films like “21 Jump Street” and “The Lego Movie,” said they wanted to “take risks to give the audience a fresh experience” when they first signed on to the project. They had already been directing the project for more than four months when the studio apparently decided they had taken one too many risks. The firing sent shockwaves around Hollywood and beyond as the movie was about three-quarters through principal photography and the replacement of a director at that stage is near-unprecedented. Howard, sources tell The Hollywood Reporter, will meet with the actors, Alden Ehrenreichis playing the iconic smuggler, Donald Glover playing Lando Calrissian along with Woody Harrelson, Emilia Clarke and Thandie Newton also on the roll call, to soothe a rattled set and pore over a rough edit to see what the project has and still needs. The movie was scheduled to shoot for three-and-a-half more weeks with five weeks of reshoots built into the schedule. Howard, who won an Oscar for directing 2002’s A Beautiful Mind, has directed recent movies that include Inferno and In the Heart of the Sea, costly ventures that unfortunately have underperformed at the box office.

Apparently, The Previous Director’s Vision of “Taking Risks” With The Iconic Star Wars Franchise Were Not In Line With The Studio’s

I believe George Lucas has the utmost faith in Howard’s ability to put this movie back on track. Howard has a wry sense of humor which will work well with the character of Han Solo.

Six of Pentacles:
This is a sharing of love in partnership and gifts being brought. I believe the card represents the trust and bond Howard and Lucas share with one another and to be able to hold the fans love of the franchise in place.

Seven of Swords: Inverted (Upside Down)
This is running away from commitment and not addressing an issue. Since the card was pulled inverted, I feel it shows the previous directors were not addressing the story line issues and were ultimately replaced because of it.

Six of Cups: Inverted
This is a card of forgiveness and longing for past nostalgia. Pulled inverted, I believe this represents if you make a movie that veers off the iconic Star Wars story line, you are going to be in deep shit! Both from fans, studio and the money backers. There would be no forgiveness at all!