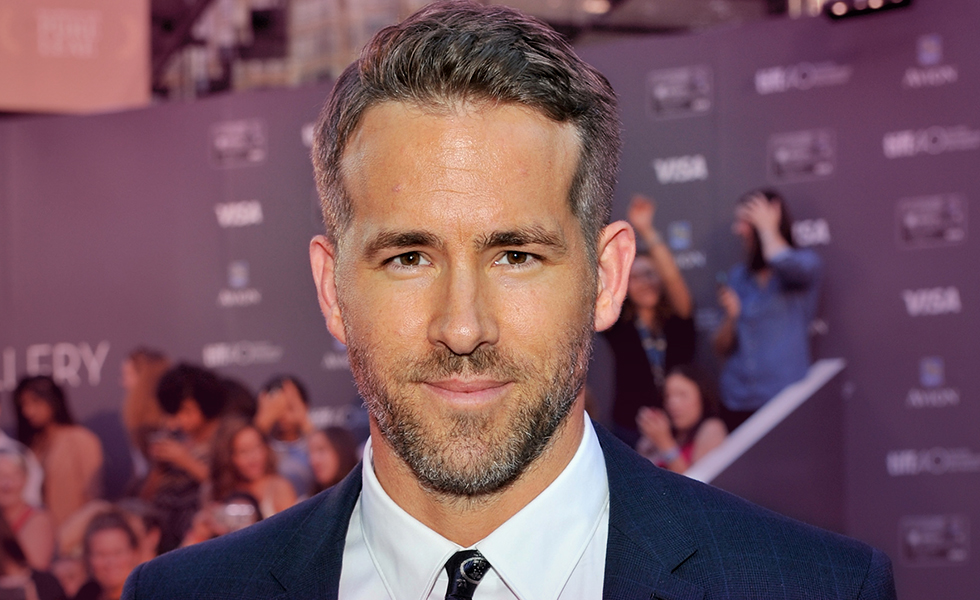 Did Ryan Reynolds just reveal the sex of baby number 2?

Ryan Reynolds and Blake Lively are happily awaiting the arrival of baby number two. The couple are already parents to a daughter called James. Yes, I know and I’m sure she will be questioned on this throughout her life but let me assure you James is a Girl. This week Ryan let it be known to the world that baby number two is also a Girl. This is a Man set to be surrounded by Girly things for the next twenty years or so. That is, of course, it they haven’t completely closed the door on making two into three, or four. Chances are then that one of them would be a boy, and they could hold a united front against Barbie dolls and makeup. There is nothing wrong with a little girl having a train set from Santa.

To Ryan and Blake.
Deepest congratulations to both of you and little James on the news that you will be having another daughter. I have no doubt she will be the light of your life just as little James is. This time around you are both experienced, and in most things in life that means plain sailing but all babies are unique. So, she won’t be another little James. No that would be too easy. This little one will be as unique and special as a snowflake. A once off copy for which there will never be a mould made again. I have no doubt this is a very exciting time for all involved, and we await the baby photos when she decides to make her appearance.

Let’s throw out a few cards for you all.

The King of Cups
This is Ryan’s Card. The king of the castle or so he would like to think but the thing about having daughters is that they learn how to gently manipulate their daddies from an early age. It seems to be hardwired into them. You have no defence Ryan. You may put on a tough front and try to stand your ground, but they will win. With two of them against one, you haven’t a chance. Your heart is officially stolen.

The Hanged Man
Another card of a house filled with Daughters. It’s the card of sacrifice. Here are the things you will need to give up to fulfil your role as a father of young ladies. Money is one, but we will get to that later. Peace and Quiet are gone. There will be squabbles over clothes and makeup as Sisters may be competitive, but they do stand united against the outside world. There will be broken hearts and boyfriends but until all that. Enjoy the journey.

The Nine of Coins
Well here is one thing that Fathers find hard to hold onto, and that is money. Seemingly by all accounts, this doesn’t get any better. Little Girls need accessories. Give your son a football and he’s gone for the day, but your daughter will need shoes to match that bag and a lot more to go with it. The most fantastic journey of your life is at the beginning stage. It’s not hard work when your heart is the fuel that’s driving it.

Little Girls bring something amazing to a home. Apart from a childhood full of fun. She grows to be her parents best friend mostly. While sons are caring, they do tend to want to be out there doing stuff and get bored easily. Girls become young ladies and this is where payback comes. Mom’s best helper and dads best friend. You are now among the wealthiest people in the world. What you have is priceless. There is a saying here in Ireland: A son is a son until he finds a wife but a daughter is a daughter for the rest of her life. It would be silly to try to predict anything major in the next year. Your major event will be the birth of your daughter. Anything else fades into obscurity.

We would like to take this chance to wish you all the very best from all here at 7th Sense Psychics.