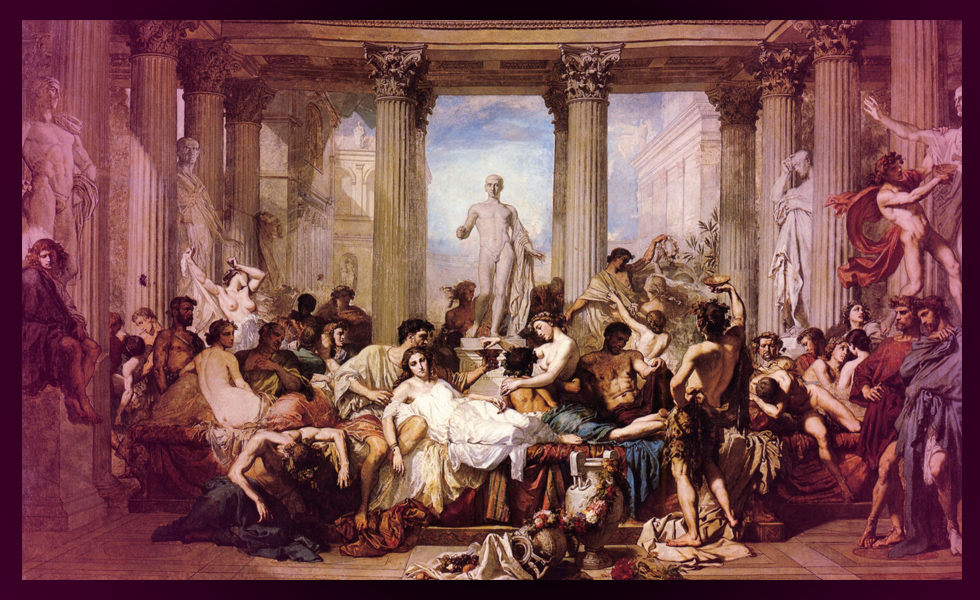 The Night of December 17th is also the beginning of Saturnalia, an ancient Roman celebration of debauchery. This was in honour of the agricultural God Saturn and began around the 17th of December. It lasted a week so it would end on the solstice on December 23rd. As you follow this story you may hear some familiar echoes of how we celebrate the Christmas festival in the Christian world.

It would have been difficult for the Christian church to completely wipe out the previous pagan celebrations which people had grown accustomed to, far better to wrap the two together and make the transformation smoother.

In Ancient Rome as in many other ancient worlds, the harvest was vital to the survival of the Empire. In order to ensure a good harvest, you would have to ensure that the gods smiled on you. Of course it would have to be the God of the harvest who in Ancient Rome was Saturn. Saturnalia would begin on December 17th and the first similarities we see would be the season of goodwill to all men. The role between master and slave would ease, with the slave having free speech and even being served his food by his master instead of the other was around.

However, it was the slave who would prepare the food, considering most of the wealthy classes would never have spent time in a kitchen, this was most likely the slaves’ choice. Slaves could wear the pilleus, a cone Shaped hat which was a symbol of freedom. Slaves were normally not allowed to wear this and doing so allowed them equal status during the festival.

Of course the whole point was to give thanks for a good crop, so it was a time of fertility and this was celebrated and encouraged throughout the festival in all manners. Householders would bring garlands of greenery indoors and decorate the halls of their houses with them. They would also hang small ornaments and decorations on trees and bushes. People would exchange small gifts such as combs and ornaments.

The Romans were not known for doing things quietly. Naked drunken singers could be found on the streets during the celebrations most likely akin to our carol singers of today except for the clothing and the drunkenness and of course the songs today would have religious tones. Given the celebration was for fertility one wouldn’t dare think what their songs were about.

The humble mistletoe makes its appearance here also. Unlike the mistletoe of today where a young maiden make get a kiss from a handsome stranger, the goings on beneath the mistletoe on Saturnalia were much more than one can write about here. People would host parties in their home, where large feasts and entertainment would take place and nothing would be left to the imagination. It’s not surprising that when the Christian world was starting out it would have wanted to curb the immoral drunken behaviour of this event, but would also have known full well that they could never remove it completely.

If you look at how the Christian world celebrates Christmas I’m sure you can see more than a few similarities. We still bring the greenery indoors and decorate them in our homes with small ornaments. We still exchange gifts with friends and families. We still observe goodwill to all men to the best of our ability. We still arrange large banquets and call our friends to join us. Yes, we can still find drunken singers somewhere among the celebrations, only luckily now with their clothes on. Even with the different cultural additions to the festive season, we can still see where this seems to have stemmed from.

So if you’re not of a Christian calling, and you’re feeling a little left out of the celebrations this year why not celebrate Saturnalia? You might have to tone it down a little, though.