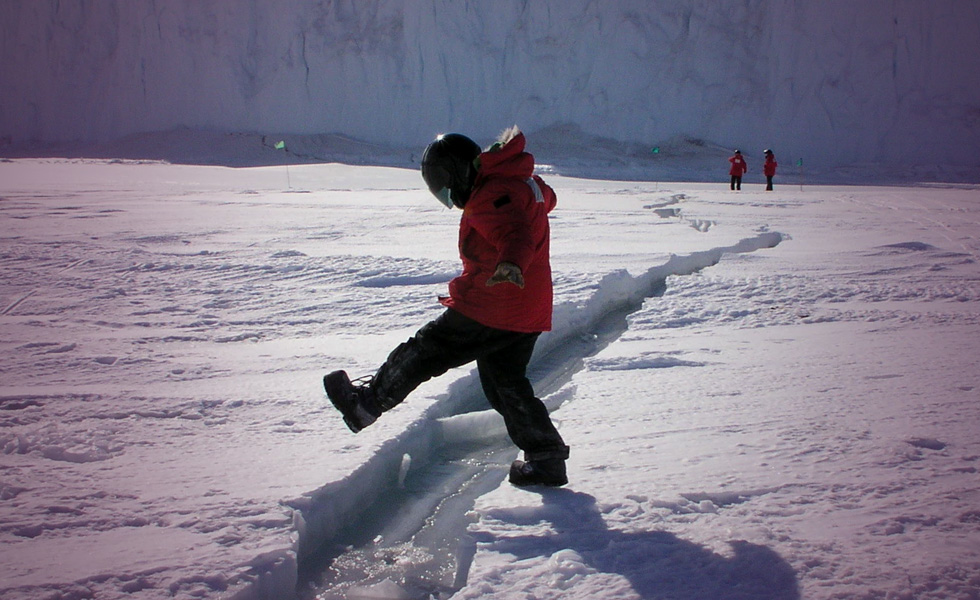 Scientists enjoy the CRAIC in Antarctica.

The fourth largest floating ice shelf in Antarctica is currently being studied closely by the world’s leading scientists. The ice shelf itself, known as Larsen C is more than one-thousand feet thick and is described as roughly the size of Scotland.

Although scientists claim not to be concerned by emerging images of a growing crack in Larsen C, it is more than worthy of further investigations. Within the last few weeks, the eagle-eyed scientists have observed said crack increasing from approx. 11 miles long to approx. 60 miles long and around 300 feet wide. Mr Ted Scambos, a University of Colorado scientist believes that the crack only needs to increase by another twelve miles before it could break off completely and float away. Mr Scambos who plans to travel to Antarctica sooner rather than later agrees with other scientists that Larsen C is unlikely to lead to disintegration and the worst-case scenario is that a chunk of ice breaks off. However, the ice shelves that cover three-quarters of the south pole provide protection and support inland glaciers. Following the disintegration of Larsen 2 in 2002, it caused the inland glaciers to shrink at a rapid rate,

Long term, global sea levels could rise by ten centimeters which is not believed to be catastrophic. Scientists are divided over whether the thinning and breakaway ice shelves are linked to climate change. Adrian Luckman, researcher from Swansea University in Wales says there is no evidence to suggest a link, however, he did say that ‘it fits the overall warming picture. But should we be worried? The Three of Pentacles represents the focus of the team of experts who consistently and conscientiously strive to monitor the impact that any changes may have on the rest of the world. There is a relaxed energy within this card that says there is not a need to worry unnecessarily.

The Eight of Pentacles says that this is very much a work in progress. The researchers and scientists continue to learn as they work in a skilled manner. This card inspires confidence.

The Seven of Pentacles reveals a sense of fear, however worrying about the future will not determine a favorable outcome. This card advises the necessity of time and patience. Evaluating short term results can be disheartening and so a longer-term view should be adopted.

The scientists say we should not be worried about huge chucks of ice the size of a small country floating into the sea and increasing the water levels. It is impossible to defy nature but we should understand that the planet is changing all the time, and so perhaps we should just play our part in protecting the environment by doing our bit.

Which deity should I work with?