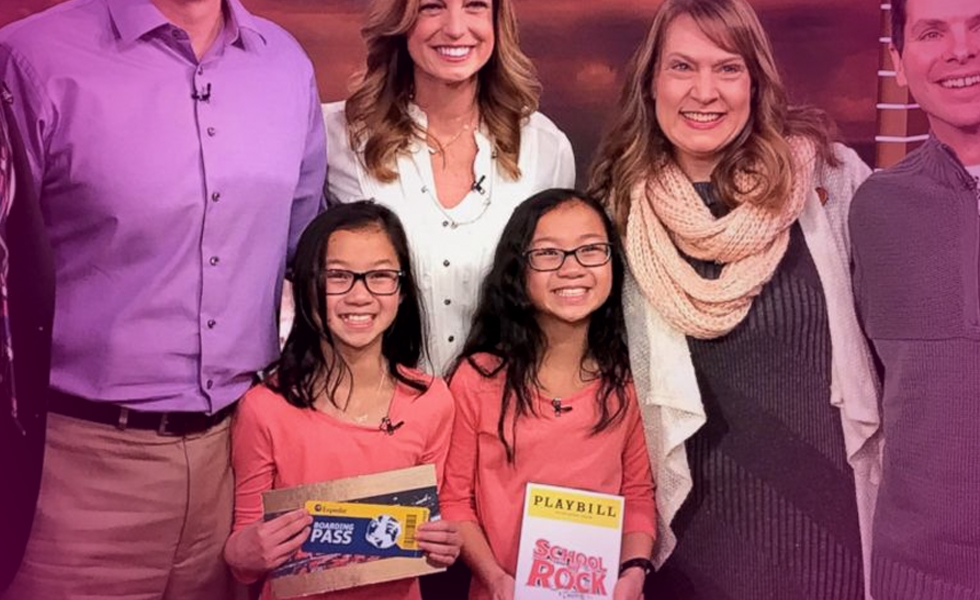 Have you ever felt like something was missing from your life, but you didn’t know what it was? It is said that in case of identical twins, one can sense when something happens to the other. Does this work when the two are separated at birth and don’t even know they have a twin?

The now 10-year-old Audrey and Gracie grew up not knowing that they had a twin sister. They were adopted by two different families, without a chance of ever meeting for a second time. If it wasn’t for one of the mum’s love and attention, they probably still wouldn’t know they weren’t alone. All they knew was that ’something was missing’, as Audrey said.

After careful research Audrey’s mother located Grace’s family and they decided to meet. The girls became very excited by the fact that they were going to see each other. It wasn’t till Wednesday’s Good Morning America that the two girls could reunite.

It was a tearful experience not only for the families, but for anyone who watched it, too. It got 11 million views, which makes it a worldwide phenomenon. Among all the bad news, it’s always nice to see that humanity still exists.

People also started to raise money, so that the girls can keep meeting in the future. We can only hope that they will and the two families will do everything they can to make that happen. Let’s ask the cards to see what is in the girls’ future.

Two of Cups:
The two of cups shows the beauty and power that is created when two become one. Balance, respect and love are also represented by this card. It seems like both girls found what was missing, and now they can enjoy this reunion.

The World:
Lots of travel, accomplishment and a whole new world that’s waiting for them. The world will get a new meaning, and everything will make sense. It marks the end of an era, but also the beginning of another, much better one.

The High Priestess:
Everything is changing for the better. Dreams come true, and intuition and the Universe come into play. There is a strong link between the girls, one that cannot be understood by anyone else. They are in complete harmony with each other. It is a mystery, but one that isn’t fully revealed yet. There is a lot to learn, but the Universe will provide the opportunity to do so.

Tearful Reunion
Previous ArticleDonald Trump for President in 2020?Next ArticleFuture King of England, Prince William opens up about his loss.