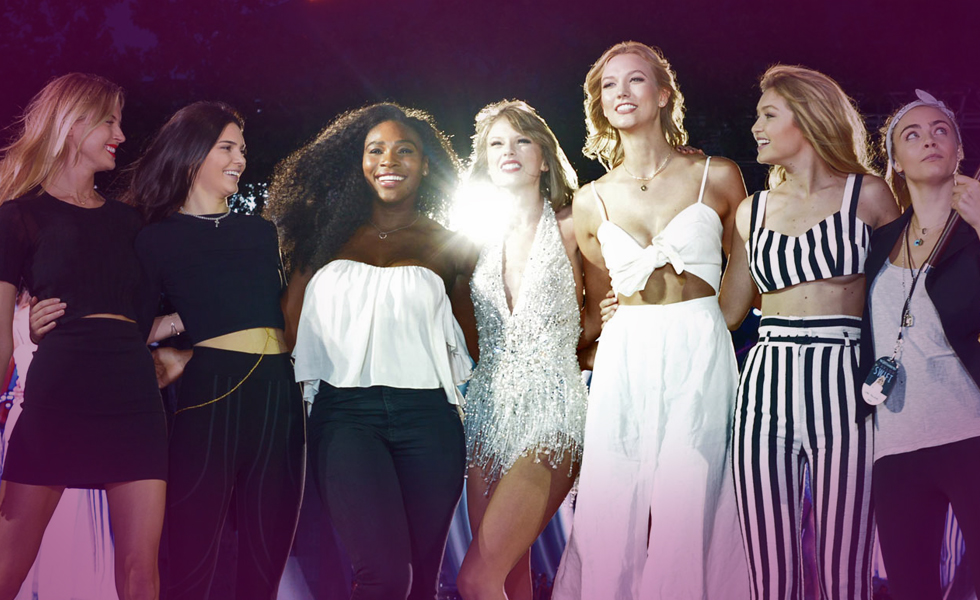 The ‘old news’ surrounding Drake and Taylor Swift has been reignited by Drake’s ex Serena Williams, just when we had moved on from the romance rumours and the possibility of a musical collaboration. And so, mutual friend Serena has apparently told ‘Hollywood Life’ that Taylor is the lady who would be the one to ‘tame’ Drake. Well, they have certainly connected in a professional capacity and as far as we know they are both single. Serena has been quoted as saying that Taylor Swift would be the one to help Drake understand the true value and worth of a woman.

Drake and Taylor have said little around the current speculation but seriously, would Taylor Swift really wish to date a guy who wears a velvet jacket? Serena believes so and she reportedly believes in love and wants everyone to be happy, including her ex who she describes as Prince Charming to Taylor’s American Sweetheart. Is Serena crossing the line somewhat, perhaps she should focus her energies elsewhere and allow nature to take its course, unless of course she is speaking on behalf of someone… Taylor?
Let’s leave the last words of advice to Taylor from Coco Chanel, ‘As long as you know men are like children, you know everything!’ Quite!

It’s always interesting when the ex-girlfriend offers well meaning advice to the potential new girlfriend and I wonder if Taylor should be cautious. Today’s cards were drawn around the triangle of individuals, Serena, Taylor and Drake. We have the Wheel of Fortune, the Sun and the King of Pentacles.

The Wheel of Fortune is Serena’s card and reveals that there really is no ‘bad blood.’ Her intentions are really in the manner that has been said. This lady wants her friends to be happy and just because it didn’t work out for herself and Drake, it doesn’t mean that she wants to see him single for the rest of his life. (No chance there Serena!)

The Sun belongs to Taylor and this lady does not need anyone to fight her battles or speak on her behalf. There is a creative energy revealed and new works in the pipeline. But is there any romance. Let’s look at the next card.

The King of Pentacles shows Drake’s practical intelligence and ambition. There is a rawness and a vulnerability that Taylor is drawn to and there lies his strength within this context.

I know that Drake and Taylor have drawn cards before and today’s cards do not reveal anything new romantically. There is an attraction of opposites here and a sense of working with a new energy. This is very much a collaboration of creativity that generates money. I feel that we will see more from these two, and frankly I can’t wait!