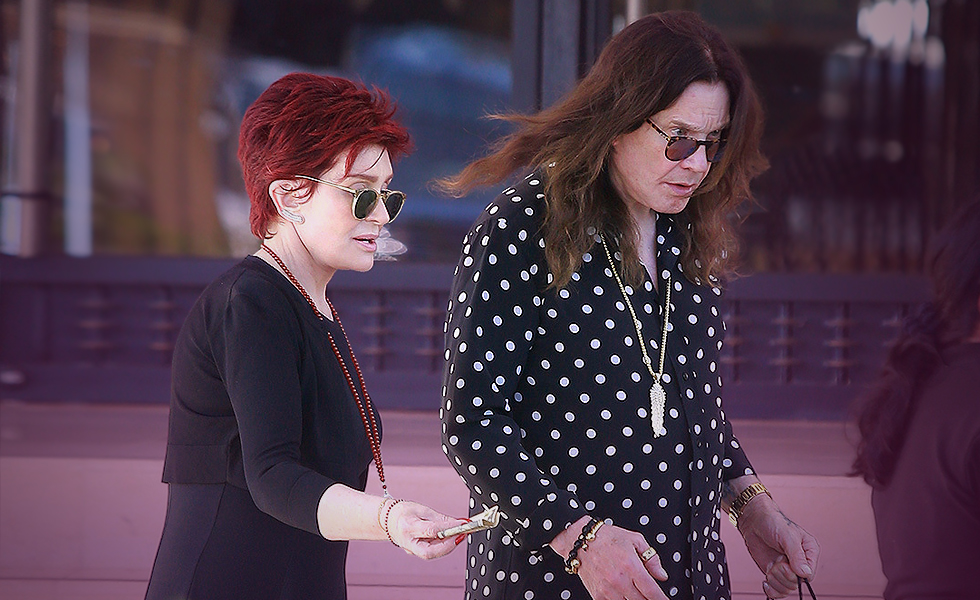 Sharon and Ozzy Osborne. Back on track?

Sharon and Ozzy have been seen out and about partaking in a spot of retail therapy. Their 33-year marriage was placed in jeopardy recently following Ozzy’s ‘affair’ with a hairdresser, amongst other ladies. Clearly, they are on speaking terms again as they were photographed in Beverly Hills on Wednesday running their respective errands. The eccentric rocker appeared to share wife Sharon’s ‘joie de vivre,’ as he enthusiastically engaged with those in close proximity, Sharon browsing the high-end jewellers and wearing a ‘Love’ necklace implying that there was love back in the Osborne camp.

The couple have stated that they can’t imagine life without each other. They have both had their personal challenges to deal with over the years. Sharon has recently revealed that Ozzy has helped her through her bouts of depression. She felt compelled to speak out about depression in order to help others who find themselves in similar circumstances. Evidently, many people are happy to talk about physical problems, but there continues to be a stigma attached to depression. Sharon has said that it’s a common problem and sufferers should not feel ashamed or embarrassed.

It looks like this couple have faced their latest ‘challenge’ head on. What’s next for Sharon and Ozzy?

The Two of Swords reveals a new found balance within their marriage. The energy around them feels like a very gentle energy, There is a sense of compromise and consideration especially around each other’s viewpoints. They are learning to listen more.

The Queen of Wands is very much Sharon’s card. She has regained her strength following Ozzy’s last indiscretion. There is a domineering energy around her and a loyalty towards her family and those she cares for.

The Emperor is very much Ozzy’s card. He is back on track. There appears to be a serious edge to Ozzy, despite his hellraising rockstar persona, I feel that he is considering his attitude about his acquisition and use of power and authority. There is a sense of him taking charge and using his power in a positive sense and this will be to support his family. The couple are wished all the best.