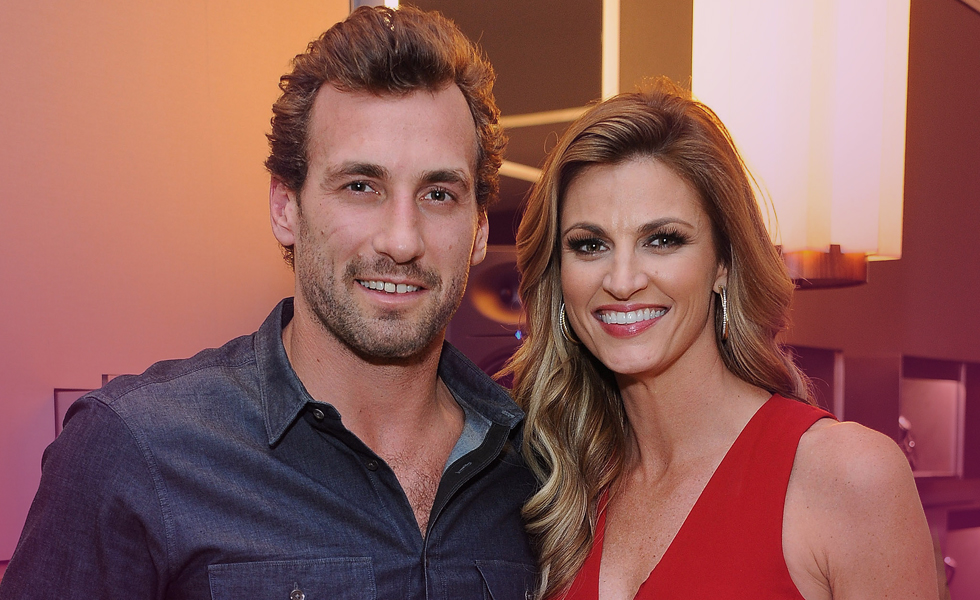 Erin Andrews finally came out this week sporting something big and shiny on her hand. Yes, it was a massive engagement ring. Jarret Stoll certainly got it right with his selection. She had tried to keep it secret for a while, but then the excitement got the better of her on December 8th when she tweeted that the weather was putting a damper on her ring game.

To Erin Andrews and Jarret Stoll:
Congratulations guys on your journey. You have taken the first step into a new future for which the ring is merely a symbol. The rest is up to you. Your fans are delighted and will be following this story as it unfolds. At least you won’t be under any pressure there. Seriously, it’s a wonderful thing to do as you are about to enter a new year. It’s a time of new beginnings and exciting plans.

Let us draw some cards for you Erin and Jarret and see what they say.

The Five of Cups:
This is the card of learning about each other. There will be periods of misunderstanding and upset which are perfectly normal. They are fine because there is a lot of love behind them. It is the normal route of any relationship that they have little arguments here and there. They teach you about each other and how you work as a person. What’s overwhelming about this card is the love that surrounds it.

The Star Card:
This is the card of dealing with things and getting them out of the way. The New Year opens a new door. It is the door to a new future. In order to move forward with ease, you must first clear the path. There is no sense bringing some things into the future that belong in the past. In order to make room for the new we must first move the old. The year is one of growth and excitement.

Empress Card:
She is the mother of fertility and birth. Relax, she means more than just that. She is about the birth of something new, which is exactly what has happened here. Two are becoming one and a new family is being born. It is only in its infancy, so it must learn the rules as it grows into what It can potentially be.

The ring is beautiful and given for the right reason, but as you know it is only symbolic of the meaning. Both of you are now on a journey together where two become one. Thinking as one and being there for each other. The engagement is a practice run for the marriage. When you feel the time is right then you can take it one step further. For some reason, I’m thinking about the month of September 2017 as an important day for both of you. Congratulations on your journey.