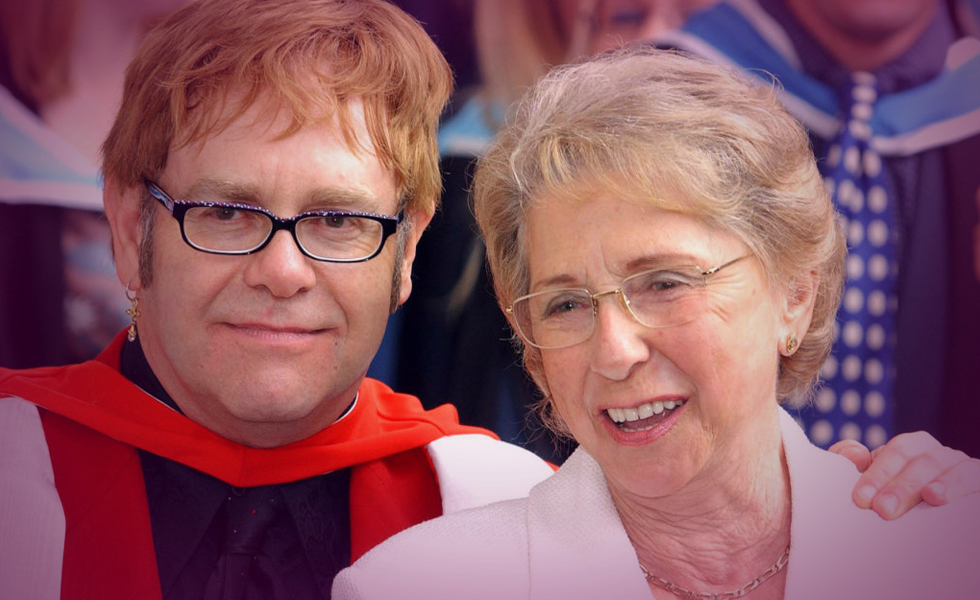 Sir Elton John, 70, wished mom Sheila, 92, a Happy Mother’s Day after years of estrangement with a touching picture of the two of them together from the 1990’s. John had not spoken about his mother since his fall out with her in 2008. According to reports, the mother and son duo fell out after his mother Sheila refused to cut ties with her son’s two old friends, Bob Halley and John Reid, whom the singer had cut off. They apparently have officially put their rocky past behind them. Elton shared the sweet message to his mother, unexpectedly confirming that he is back on good terms with Sheila after years of estrangement and feuding. “Dear Mum, Happy Mother’s Day! So happy we are back in touch,” he wrote. “Love, Elton xo.”

He told the Daily Mail that he’s chosen to let bygones be bygones. Elton stated, “Out of respect for my mother’s privacy, I have always shied away from speaking publicly about our relationship.” “However, I can say that we are now back in touch and have been so since my mother’s 90th birthday.” The peaceful reunion is likely a relief for both Elton and his mother, who divorced when Elton was 15. An only child, Elton had a poor relationship with his father as he never once even saw Elton perform. “My father was sealed off from my talent and I never knew why,” Elton once wrote. “Was it homophobia? Was it fear?” His father has since passed away. We’re glad Elton and his mom are back on track with a positive relationship!

Why Did The Feud Between Elton John And His Mother Last So Long?

Elton John is a diva for sure being a long-time rock star and would definitely have entitlement issues. I feel many hurtful words shared between the two but the real core issue I believe, is the unresolved resentment he still holds towards his father and his mother’s possible shared views of his lifestyle.

Nine of Pentacles: Inverted (Upside Down)
This card is enjoying success and one’s fruits of labor. Definitely Elton John’s life now but as the card is inverted, it may represent as he is also getting older, he wanted to make peace before end game.

Five of Swords:
This card is about being a wuss and taken advantage of. I feel this is the energy of the whole incident between Elton John and his mother. Both being weak in putting their big boy or big girl pants on and just settling it. Instead, taking a path of avoidance.

Queen of Wands:
This is a feminine energy or woman who is loving and generous of heart. One would think this is his mother but actually the energy feels more like Elton’s. He has a very kind, feminine heart and gets hurt easily. Thank goodness it was finally resolved as it feels it might have gotten pretty hurtful and nasty at times.