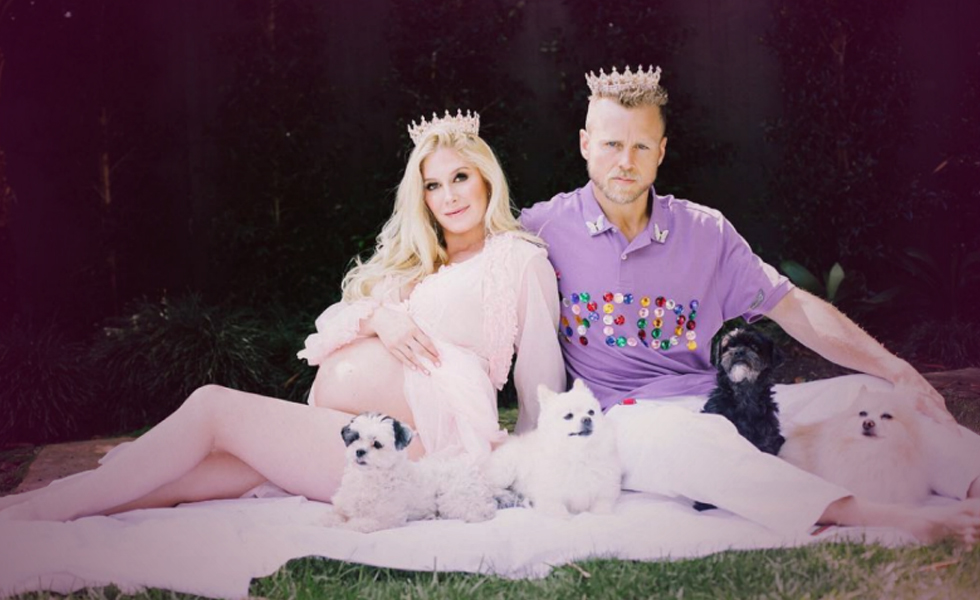 The Hills and Reality TV stars Spencer Pratt and Heidi Montag have spawned a new generation. Since both parents have unusual reputations for being troublemakers no matter where they go, it seems the birth came off without any drama. Montag gave birth to Gunner Stone on Sunday afternoon, weighing in at 6 pounds, 12 ounces.

“It was the hardest and most rewarding experience,” quoted Montag while Pratt said the day was “officially the most lit day of my life.” They should make interesting if not overly devoted parents based on their personalities.

The couple, who wed in 2009, first announced their pregnancy in April 2017 with a US Weekly cover story.

“She was literally glowing,” Pratt, 33, said about the moment Montag, 30, told him he was going to be a father. “I thought she was about to say she made muffins or banana bread.”

“Heidi said, ‘I’m pregnant,’” he added. “I was like, ‘Whoa, that’s way more exciting than banana bread!’” They just returned in August from a “babymoon” in Kauai, Hawaii, to relax and of course keep everyone posted daily on Instagram on the pregnancy progress.

The couple opened up about their impending parenthood. “Heidi will be the disciplinarian,” Pratt told the outlet. “She’ll only let our kids listen to Christian music, never my rap music! And she hates swearing, so that won’t be allowed. I’ll probably put a tracking chip in my kid! And I’m getting one of those leashes, not just for Disneyland though — I won’t ever take it off.” As I said, one of a kind and very noteworthy parents for sure!

Montag, who said she’ll have “zero tolerance” for tantrums (yeah, good luck with that!), expressed the anxiety many first-time moms have.

“I’m scared I’ll fail my child in some way,” she told InTouch. “I really want to make the right choices.”

Montag also revealed to ET that she’s already working on convincing her husband to go for baby No. 2. Apparently, it’s a long process.

“It took me a lot of years to convince Spencer to have baby No. 1, so I’m just trying to put it in there. We won’t be having another kid anytime soon, but you gotta work on these things early, is what I’ve learned.”

In spite of Spencer Pratt’s overall irritating controlling personality and Montag’s obsessive desire to be perfect, I believe baby Gunner Stone will survive and have two parents that love him very much.

Young romantic energy of a dreamer. I would say this is how Pratt feels about being a father, totally romanticizing the idea of it. After the third week or so of no sleep, that will go away!

A male energy that is controlling, a need to be right and into power. This card also represents Pratt where his career is concerned and anyone in his life sphere.

Gaining your heart’s desire. I interpret this card as Montag’s energy about getting pregnant and having children.

Focus on You, Then Your Love Relationship

How the Sun and Moon Affect Us