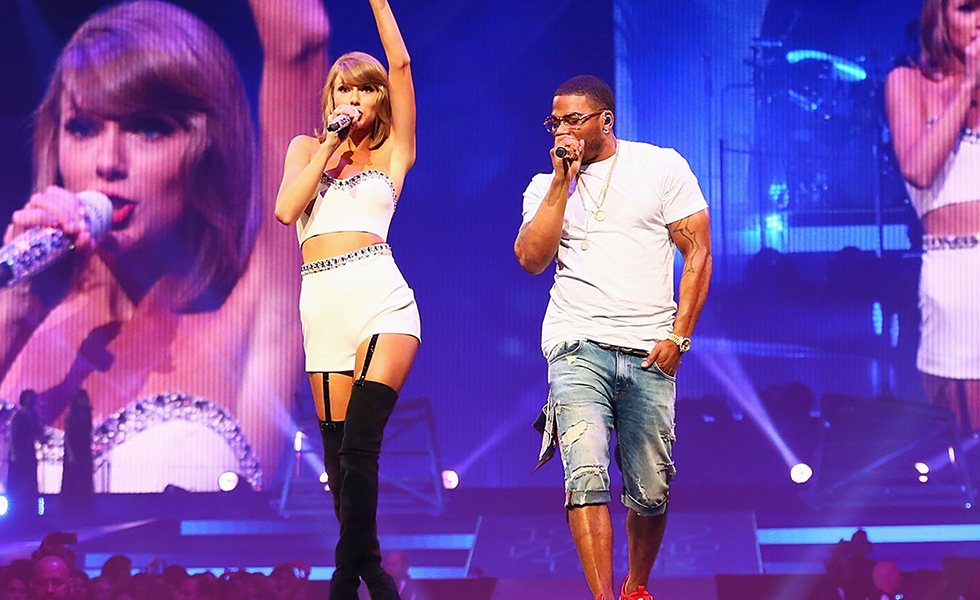 What present did Taylor Swift bring to Karlie Kloss?

In true celebrity style, Karlie Kloss celebrated her 24th birthday in the Hamptons with her friends on Saturday night. As you would expect at a celebrity bash, there would be no shortage of entertainment  and I’m sure the gifts were amazing. However, Taylor Swift decided to unveil a present of her own, when she unexpectedly took to the stage alongside rapper Nelly.

During the performance, Taylor was joined on stage by Mike Hess, heir to the multi-million dollar Hess family fortune. But he wasn’t just standing around, halfway through the performance, Taylor planted a kiss on Mike Hess’ face. Well, what a way to give two birthday gifts in one go. Karlie Kloss gets the entertainment for her Birthday and Mike Hess gets the kiss. Taylor Swift and rapper Nelly performed the 2003 song “Shake ya Tailfeather”. It seems like parties around last weekend and when you are as talented as Taylor, why bother wrapping a present, when you can sing it?

What do the cards have to say about Taylor Swift and the moment? The Two of Coins shows that it’s still early days with Taylor Swift. At 26 this lady has already achieved so much, but she is only on the first step of the path that will help her to move to where she wants to be. With Devil Card shows that she has to be careful of habit forming and being brave enough to try new things is what will keep her moving in the right direction. This shouldn’t be a problem, as she is already multitalented. The Chariot Card shows that she is still getting used to taking the good with the bad in the music industry. Her Sagittarius nature will help her maintain a steady path, as they are normally not afraid to say it as it is.