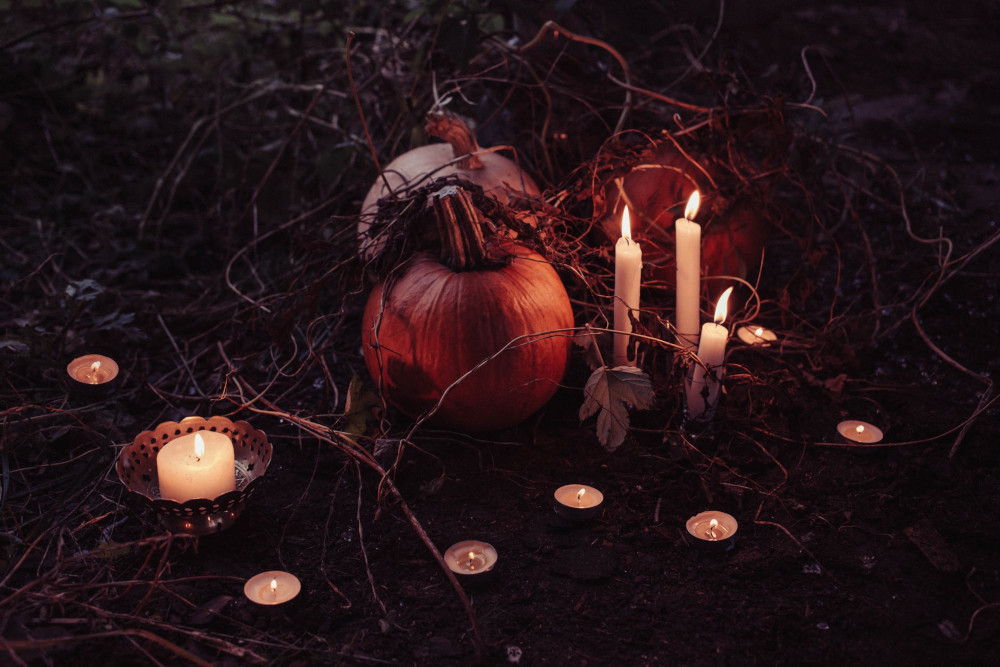 Once again, we approach a time of year when all minds turn to the world of spirit, and all things other worldly. It’s a time when many cultures across the globe have their own unique way of marking this strange time. In many parts of the world now, October 31st is a celebration of Halloween, but not just Halloween. In Ireland on November 1st the Night of all Souls is also observed, and in Mexico they celebrate Dia de los Muertos on November 2nd.

Today, many cultures are aware of Halloween. Due in part to the many Irish who had to leave their homeland, bringing their tradition with them. It’s one tradition which spread across the world, and has children and adults dressing up in scary outfits for fun, but where did it begin, and why?

It is believed that way back in ancient Ireland, the people existed in a time when night meant darkness, a darkness most of us today would have no understanding of. No electricity meant dark roads and lanes winding across the countryside. As this was a time of transition into the colder winter months, it was believed we were standing on the bridge between this world and the spirit one. It was believed on November 1st, that your loved ones could pay you a visit, to bring love and guidance, but it was also believed that demons dwelled in the realm of spirit, and they would be only too happy to avail of this bridge to our world.

Avoiding the Demons who Crossed Over

Not being ones to waste time, the demons were thought to cross over to our world on October 31st. While crossed over, they would linger in the highways and byways of the old Irish countryside, in the dark of night. Any mortal unfortunate enough to cross their path, could lose their soul through sheer terror once they laid eyes upon the face of these demons.

However, where did the tradition of the outfits come from? Well, if you were unfortunate enough to have to venture out and about on this night, disguise was wise. It was thought best to wear an outfit which would lead them to believe you were merely another demon, and therefore be allowed to pass unhindered.

For most it was not a night to leave your home, as it was safer to stay in huddled by the fire enjoying freshly harvested fruit and crops. However, should a knock come to your door, it may be a demon attracted by the light from the windows, or the energy from fresh souls.

The demon could only take what was first offered over what they truly wanted, and they could be in any form. So, it was wise to offer them fruit or food and send them on their way as quickly as possible. Failure to do so could result in the demon tricking you and capturing your soul. Hence our trick or treat adventures today.

These demons didn’t dare stay too long crossed over as your ancestors used the same bridge to visit, and would be only too happy to hunt the demons back to where they belonged to protect you, the ones they love.
Happy Halloween.