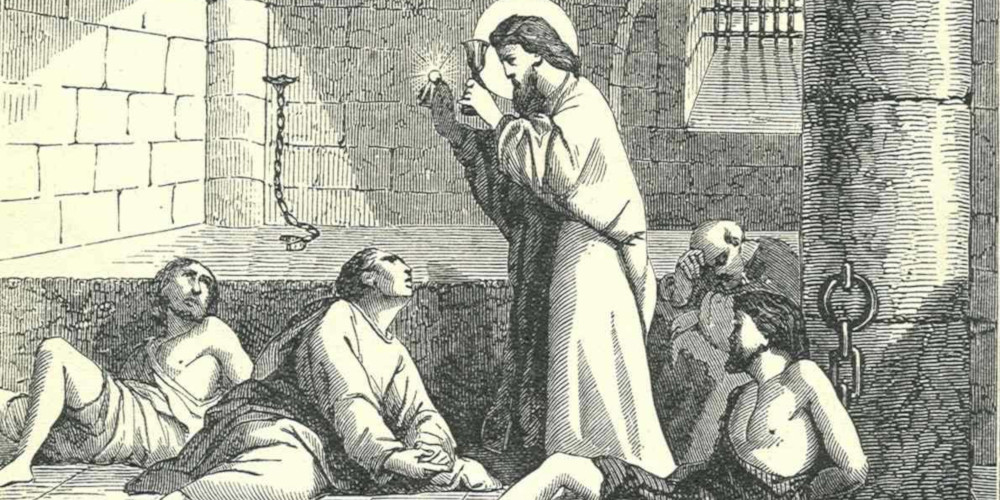 Flowers, candy, red hearts, romance and a possible ring? That’s what Valentine’s Day is associated with today. It’s all about love for sure, but the origin of this holiday really isn’t about romance at all, at least not in the traditional sense, but sacrifice. St. Valentine is the martyr this romantic holiday is named for.

The beginnings of celebrating love on February 14th comes from a Roman Priest at a time when Emperor Claudius was persecuting the Christian church. He also had an edict that prohibited the marriage of young people based on the theory that unmarried soldiers fought better than married soldiers, as married soldiers might be afraid of what might happen to them or their wives or families if they died.

It was a very permissive and promiscuous society in which Valentine lived. Having just one man and one woman living together was not the norm. Yet some of the young people seemed to be attracted to the Christian faith with the obvious belief that marriage was very sacred for life and that it was to be encouraged. It immediately presented a problem to the Christian church of what to do about a society that did not encourage monogamy.

The curious piece of information that ties all this together is one of the men who was to judge him in line with the Roman law at the time, was a man called Asterius, whose daughter was blind. Valentine was supposed to have prayed with and healed the young girl with such astonishing effect that Asterius himself became Christian as a result. Unfortunately, it did not save Valentine from being executed. In the year 269 AD, Valentine was sentenced to a three-part execution of a beating, stoning and finally decapitation because of his stand for Christian marriage. If history is anything close to being right, the last words he wrote were in a note to Asterius’ daughter. He inspired today’s romantic letters and cards by signing it, “from your Valentine.”

Valentine’s martyrdom had not gone unnoticed by the general public. In fact, Whitefriars Street Church is one of three churches that claim to house the remains of Valentine. Today, many people make the pilgrimage to the church to honor the courage and memory of this Christian saint.

The other version of Valentine’s Day is a Pagan Festival held in February. While some believe that Valentine’s Day is celebrated in the middle of February to commemorate the anniversary of Valentine’s death or burial, which probably occurred around A.D. 270, others claim that the Christian church may have decided to place St. Valentine’s feast day in the middle of February in an effort to “Christianize” the pagan celebration of Lupercalia. Celebrated at the ides of February, or February 15, Lupercalia was a fertility festival dedicated to Faunus, the Roman god of agriculture, as well as to the Roman founders Romulus and Remus. Once again, history rewritten.

Regardless of what version of Valentine’s Day you want to embrace, it is still a day for lovers and gives those love shy men the opportunity to show their feelings with flowers and/or gifts without having to come up with a big explanation why! Lol! Hooray for Valentine Day cards and red roses!