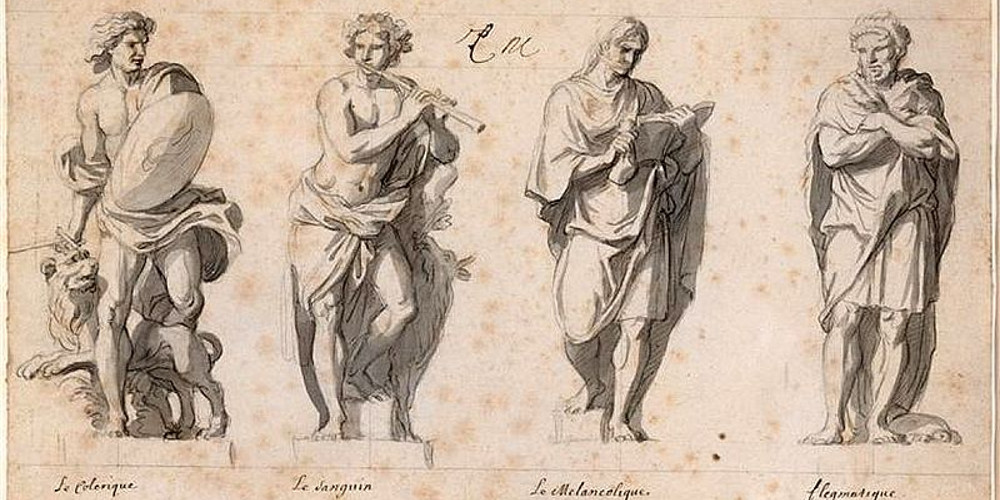 Four Temperaments That Define Your Personality

Everyone has a certain way of dealing with their life and its challenges, its gifts, love, heartache and just dealing with everyday matter. Well it turns out, there is a reason why we call people temperamental, easy going, prickly or just sad and melancholy. Apparently, we are biologically wired in our brain to have a certain temperament from our DNA and environment that controls how we deal with life in general.

The Temperament theory has its roots in the ancient four humor theory. It was the Greek physician Hippocrates (460–370 BC) who developed it into a medical theory. Thus, all of us as human beings have been hard-wired by our Creator (we are not just products of random chance and we have all been impacted by the world around us). We are also broken down from those four temperaments into just two categories, extroverts and introverts.

Here are the four temperaments that all of us fall into, Choleric, Sanguine, Melancholic, and Phlegmatic. Each has its own unique approach to life and how we deal. I have broken them down to simple definitions and I am sure each of us will recognize ourselves in one of them. But what gets tricky is that even though there are only four temperaments, we all have a little piece of the other temperaments included to a small degree.

Extroverted personality, more out-going, more sociable and comfortable in a crowd, even standing out in a crowd. Cholerics favor Phlegmatics in partnerships though not always 100% of the time, they do appear to be the most common. The Choleric temperament is fundamentally ambitious and leader-like. They are the strongest of the extroverted Temperaments, and are sometimes referred to as a “Type A” personality or “the doer” for being a hard driving individual known for accomplishing goals. They have a lot of aggression, energy, and/or passion, and tries to instill it in others. The Choleric is the most insensitive of the Temperaments; they care little for the feelings of others; feelings simply don’t play into the equation for them. Most Cholerics are men who are born leaders who exude confidence, being naturally gifted businessmen, strong willed, independent, self-sufficient, organized and do not embarrass easily. They like to be in charge of everything and are usually workaholics who thrive on control.

Introverted personality who are more shy and “reserved” and feel anxious about being in crowd, especially at being singled-out. Melancholies are often referred to as “the thinker.” Their analytical personality’s want caution and restraint, best at attending to details and in analyzing problems. They tend to be deep-thinkers and feelers who often see the negative attributes of life, rather than the good and positive things. They are self-reliant and independent and get wholly involved in what they are doing. Melancholies can be highly creative in activities such as art, literature, music, health-care and ministry but also can become preoccupied with the tragedy and cruelty in the world; longing to make a significant and lasting difference in the world.

Extroverted personality, more out-going, more sociable, and comfortable in a crowd, even standing out in a crowd. Sanguine individuals tend to marry Melancholy temperaments, as the saying goes, opposites attract. They are impulsive and often find it difficult to control their cravings. People with this temperament seem to be more susceptible to smoking, alcohol, drugs, gambling and taking risk. They are most susceptible to chemical imbalances, addictions and mood disorders. They feel bored if they are not absorbed by something intriguing and adventurous. The Sanguine is not very good at tolerating boredom and will try to avoid monotony and that which is routine at all costs; routine jobs and boring companions annoy and irritate them.

Introverted personality who are more shy and “reserved” and feel anxious about being in crowd, especially at being singled-out in a crowd. The Phlegmatic temperament is fundamentally relaxed and quiet, ranging from warmly attentive to a lazy approach. Phlegmatics are referred to as “the watchers” and best in positions of unity and mediation or solid steady positions. The Phlegmatic is most often a female who tends to be easygoing, content with herself, calm, cool and collected, tolerant of others, well-balanced, sympathetic, kind, unassuming, keeps emotions hidden, is happily reconciled to life and mostly in the moment. They are accepting, affectionate, frequently shy, and often prefer stability to uncertainty and change. Because they are fearful, indecisive and hesitant of most things in life, they can have a compromising nature. Phlegmatics often worries about everything. They want to know other people’s deepest feelings and strive to build intimate attachments with just about everyone in their lives.

Complicated definitions for sure but I recognized my temperament. We are who we are as stated in the second paragraph, created by God. Maybe with a little more knowledge of why we are that way, we can learn to handle our “stuff” better and learn how to train ourselves to let go of what gets in our way of happiness with self and life.