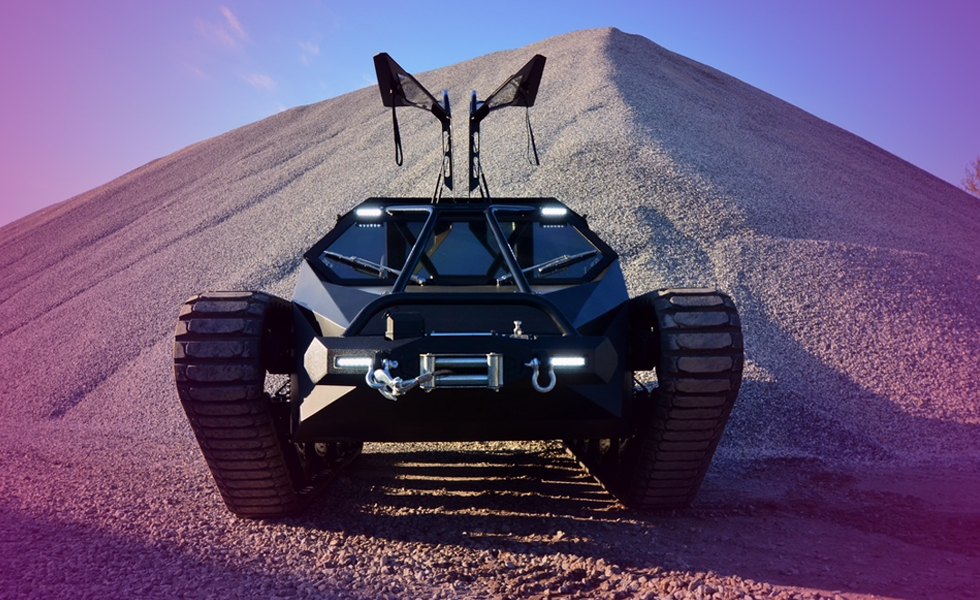 The latest in luxury transport?

Now that Mercury Retrograde is out of the way (shadow period aside), it’s safe to consider purchasing technological items or anything with moving parts and for anyone wishing to treat themselves to a new set of wheels there’s a new vehicle on the market.

Allow me to introduce EV2, creation of Maine based twin brothers Mike and Geoff Howe. It’s described by Mike as a luxury high-speed vehicle, Geoff refers to it as a luxury tank. It’s been compared to a Lamborghini in that a button is pressed and the gull-wing doors pop up. The vehicle boasts eight-way leather seats, state of the art camera’s, state of the art suspension, and gadgets that the rest of us mere mortals are unaware exist. The vehicle has tracks like a tank instead of wheels which give the vehicle its ability to ‘tank’ along the controlled-access highway (Freeway / Motorway / Autoroute / Autobahn). The vehicle can expertly navigate its way across rugged terrain of all types as with a regular tank, but it’s not equipped with weapons of any kind!

So, a childhood dream realized as their hobby became a fully-fledged business. Their vehicles have even appeared in Hollywood movies such as Mad Max and GI Joe. Even the US Army have placed orders for manned and unmanned versions of their version of a small tank called Ripsaw.

The EV2 luxury tank retails for several hundreds of thousands of dollars for a ‘typical’ model if anyone wants one. It’s popular with billionaires by all accounts.

What’s next for the twin brothers?

The brothers drew the Two of Hearts, the Eight of Hearts and the Prince of Wands. Suffice to say this area of their lives is very close to their hearts.

The Two of Hearts:
This represents the twins. The focus of this card is on mutual affinity and union, clear vision and a supportive environment within familial and business partnerships. The brothers have revealed that they grew up without a father figure and this card reveals the possibility to create the family dynamics that they wished for.

The Eight of Hearts:
This pertains to sacrifice. This card says that the past has been left firmly in the past while the brothers have sought something worthy of their efforts. They were offered the opportunity to go in a new direction, and they took it.

The Prince of Wands:
This indicates change within the area of work with the opportunity to expand. Mike and Geoff have already said that the luxury side of their business is an area that they do not wish to develop, but this card says that it could be both lucrative and rewarding. Never say never boys!
There is an underlying ambition with the cards, and a wish to continually engage with others who are able to further their own ambitions. Mike and Geoff are wished the best in their next project. Well done!