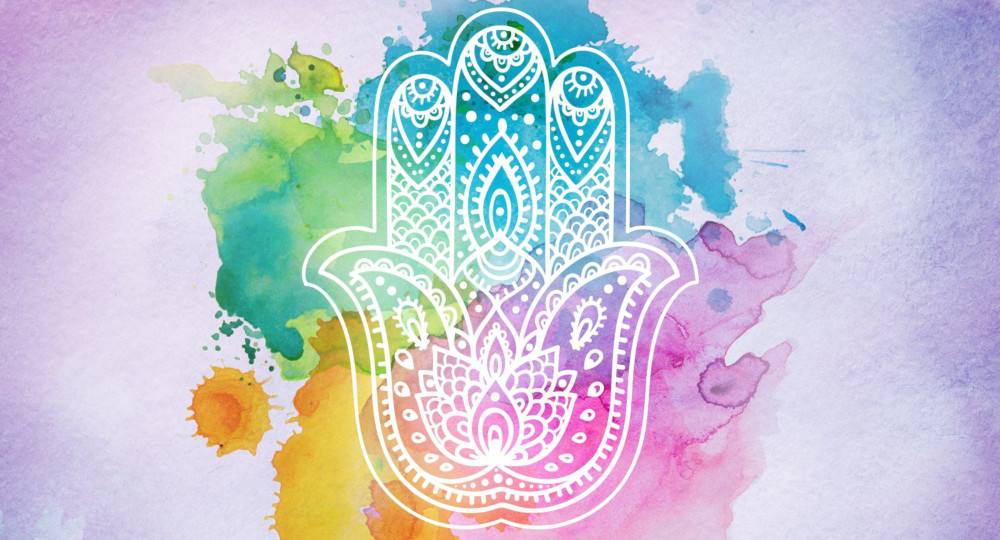 I personally have always been fascinated with the Hamsa Hand symbol. At first, not knowing if I was seeing something of the light or a piece of jewelry making the bold statement of; “Don’t mess with me!” It’s the eye staring back at me that has always spooked me out.

We now see the Hamsa Hand symbol everywhere. Mostly in jewelry; necklaces, bracelets, rings and earrings. Some wear it because it is the “in” look of the moment and others wear with the true dedication of being protected from the evil eye. The sole purpose of this ancient emblem is to protect you from negative energy or people wishing harm against you. The person who holds this emblem close to them will be protected at all times. Whether it actually protects you from anything being directed your way has never really been proven by anyone that I know but belief in an object is 99% of its effectiveness.

The origin of the Hamsa dates back to ancient Mesopotamia (Middle East) or modern-day Iraq. It is sometimes called the “Eye of Horus”, the all-seeing Egyptian God. This sacred symbol was considered and still is, the hand from God on this earth. This Hamsa helped them feel the presence of God around them and protection from negative forces. As in Christianity, the symbol of the cross is one of the prophet Jesus’s love and protection for them.

Hamsa both means the letter Five in Arabic and Hebrew, so representing the five fingers of the emblem. During the Mesopotamia period, women where under a lot of pressure from the communities to become mothers. The symbol was then used to encourage fertility. The Hamsa Hand became a tool of protection to ward of unseen dangers, promote good health and evil energies around the new mothers and baby.

According to an ancient Egyptian text, the Sky god, Horus, explains to his people they can never escape the eye of conscience. His all-seeing eye will always be open to watch human activity. The Egyptian God Horus, apparently had the ability to see everything by the sun and moon, so his vision never rested, day or night. The Eye of Horus can also be translated to the Sun god Ra. So, wearing the Hamsa Hand can represent many cultures but always being protected and always keeping negativity away.

If one who devotedly wears the Hamsa Hand symbol is asked if it actually works as protection for them, they will come up with numerous incidences where it did. Once again, belief is everything. There has been no scientific proof that the Hamsa Hand wards off evil, but some swear by its protection. Our intentions might have a part to play with how we feel we are being protected, so your definition of what we fear is also part of the equation of how much you believe it works. The symbols that are on the inside and outside of the Hamsa Hand is also a reminder to not worry because God will always be watching us no matter who does us wrong. So, it has a dual purpose of warding off evil and reminding us that we are always looked after by the higher powers. A type of metaphysical insurance of constant protection.

As in all tribal symbols, it is the belief you put into them that make them powerful and also the accumulative energy of thousands of years behind it. Who knows, someday a couple thousand years in our future, the figure of Santa Clause might be misinterpreted as a God we worshipped.

spirituality
Previous ArticleStart Your Day With TarotNext ArticleAre You a Spiritual Warrior?