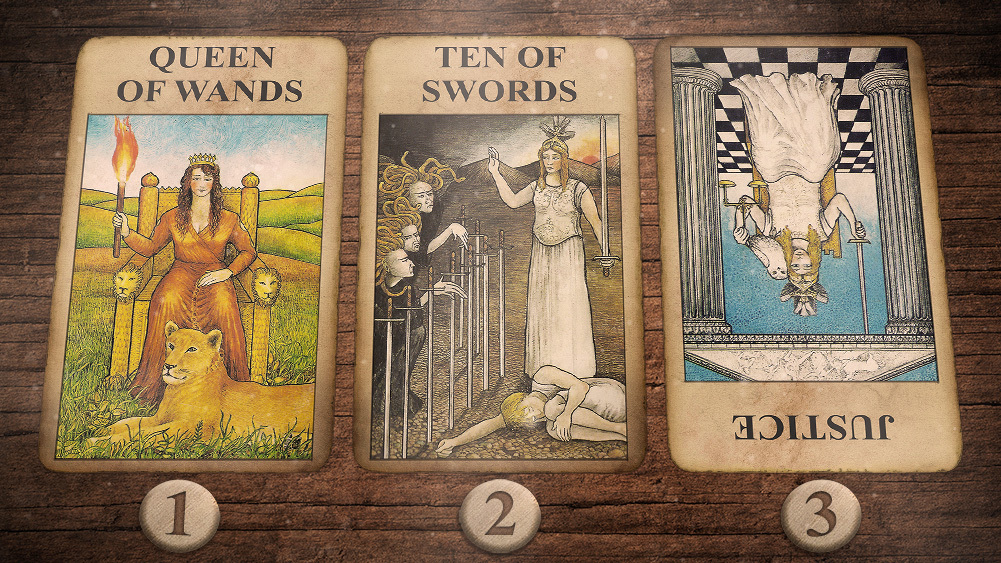 The lovely Queen of Wands turning up in your daily draw or any other tarot spread can be somewhat of a double-edge sword. She speaks of successfully handling multiple tasks at once but at the same time, she warns of taking on too much and possibly becoming overwhelmed. On the upside, this lovely lady speaks of being able to maintain and accomplish several projects or tasks at once while still remaining high in energy and fully capable of taking on even more. The Queen of Wands talks of an outgoing and overly optimistic frame of mind or of a person, usually a woman, who is such. She is always full of energy and constantly on the go. Be it for you or another female about whom you may be asking, this card talks of her accomplishing many tasks. She constantly has many projects in the works and is often full of surprises. Rarely does she need external stimulants to maintain this lifestyle such as medications, prescribed and otherwise, rather her extremely high energy level is all-natural. Some people may find interacting with such a woman to be tiresome and even overwhelming at times. She never knows when to stop. This card often represents a take-charge kind of woman, never one to sit on the sidelines or just simply go along for the ride. She’s all-too-often the one driving the bus. She never sits idly by as life passes her along. Women represented by this lovely queen are usually very well-organized and always going above and beyond to help others. She is efficient and almost always on time complete with bells on. As briefly mentioned above, the Queen of Wands may also turn up in a daily draw or tarot spread warning of creating a chaotic situation for yourself by trying to take on too much. It warns of forgetfulness due to taking on more than you can handle at any given time.