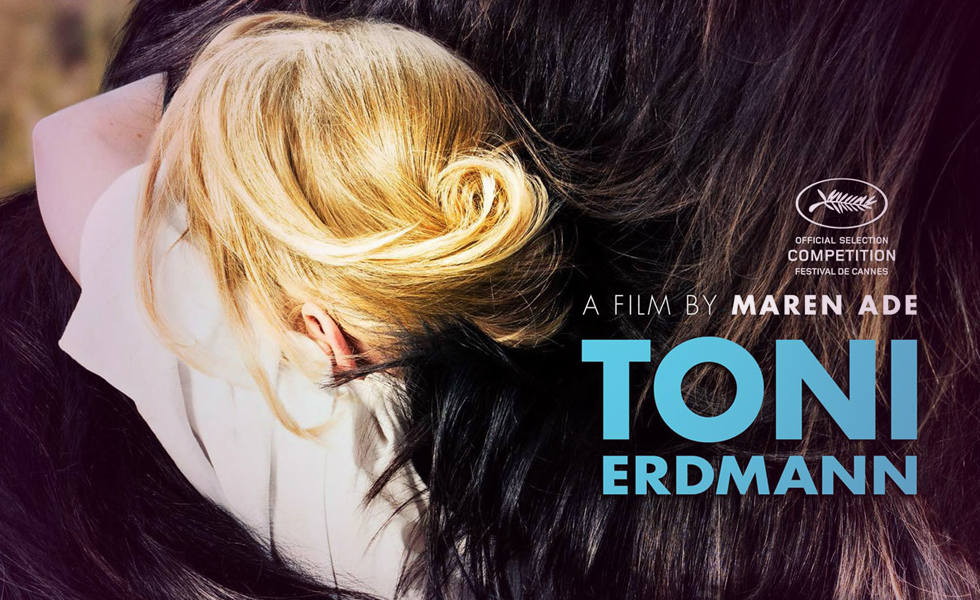 ‘ Toni Erdmann ’ is one of this year’s Oscar Nominations for Best Foreign Language Film. It’s been described as a dark comedy of embarrassment.

The story takes us on a father-daughter reconnection journey. Peter Simonischek’s Winfried Conradi character is a divorced semi-retired music teacher. Following the death of his beloved dog, he decides to reconnect with his daughter Ines, played by Sandra Hüller. Ines is a business consultant, very much focused on her career with little time for others, her father especially. When Winfried turns up unannounced at Ines place of work, she does not give him the welcome he had hoped for. We watch Winfried’s desperate, well-meaning but fumbling attempts to reconnect with Innes. Enter Toni Erdmann, Winfried’s alter-ego, complete with wig and fake teeth.

Peter Simonischek has been praised for the subtlety in which he portrays a father’s pain and longing in a not so obvious manner. Sandra Hüller’s serious businesswoman persona, has been equally applauded with her longing to thrive in a male dominated business world, unsuccessfully.

The film has been well received in Europe and has already won Best Film, Best Director, Best Screenplay and Best Actor Awards. It seems an English-Language remake is in the pipeline and the rumour mill says that this will be the one to bring Jack Nicholson out of retirement.

Will Hollywood find a place in its heart for ‘ Tony Erdmann ’ or is this ‘Best Foreign Language Film too much of an acquired taste? Let’s see what the cards say.

We drew the Hermit, the Three of Wands and the King of Wands.

The Hermit
This represents an understated curiosity and a wish to gain an understanding of the subtleties of life. This card lies between the willful command of Strength and the fated energy of the Wheel of Fortune. I feel that the film will be well received by Hollywood with its quirks and eccentricities.

The Three of Wands
This represents the team. There is a joyful awareness with new opportunities as result of the Oscar Nomination. I feel that there is an attitude of caution but success is shown within this card.

The King of Wands
This represents Maren Ade with his passion, energy and dynamism. This cards reveals someone who is not afraid to take a risk. Has the gamble paid off?

Collectively, the cards say that the gamble has absolutely paid off. The film has already made an impact on Hollywood with its plans for an English Language version. There is a sense of having won already. Good luck to all!