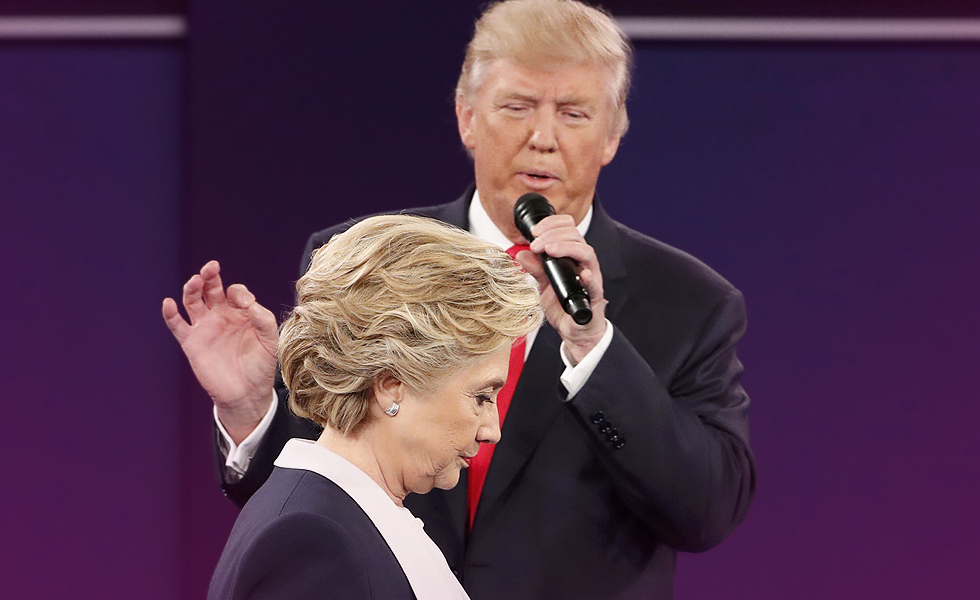 While we all know that the two possible candidates to become the next President of the United States aren`t exactly on friendly terms (to say the least), and although Clinton and Trump had shown us previously how heated their arguments can be, only few people expected the accusations and threats that came to light during Sunday night`s second Presidential Debate.

After a cold entrance and the lack of a single handshake, it became pretty clear for the audience that none of these two would go down without a fight. While Hilary based her arguments upon an aspect of Donald`s personality, one which very much resembled the first debate, trying to discuss her opponent`s view of women, Trump tried to quickly change the subject, calling her a liar and claiming that while Hilary was the secretary, she kept many secrets. Ones that he wouldn`t hesitate to investigate, should he win the election, making sure to see his opponent in jail.
Is this still a “clean” argument, or is it something that`s becoming more of a personal vendetta? Of course, both nominees refused to accept anything that the other said, but we could hear some serious accusations and threats Sunday night, ones that will certainly make people think and question their previous decisions about who they want to see in the leader`s seat.

We will find out in a few days` time, what this really meant for the two rivals, but one thing is already clear: Trump did not win any hearts with the jail threat, neither did he handle well Hilary`s accusation, saying that all of it was “locker room talk” and that he “never kissed or groped women without their consent”. Those who remember the way he treated the former Miss Universe, calling her “Miss Piggy”, may also wonder if this is who Trump really is, just as Hilary claims.

While Trump tried to make Clinton angry and provoke a mistake, Clinton remained calm and measured, aiming to let Trump defeat himself. It seems like he did a great job at that, but let`s ask the cards, drawing one card for each of them, and one to sum up their predicament.

Queen of Wands I drew this card for Clinton. Hilary is a creative, well-balanced woman, which qualities came through quite well during the debate. She has an instinctive understanding of those around her, which allows her to use that ability to her advantage.

Four of Cups I drew this card for Trump. Although to the outside world, he might seem composed and as if nothing had gone wrong, but deep down a new dissatisfaction is creeping in. He is becoming bored with the same accusations over and over again.

Five of Swords This is indeed a fruitless fight and one that brings only a few favours for both of them. The goal seems to be unattainable, and it might be wise to admit defeat. A lot of pride is involved and the possibility of someone`s incompetence being exposed. But one question remains: whose defeat are we talking about? I guess we will find out shortly.