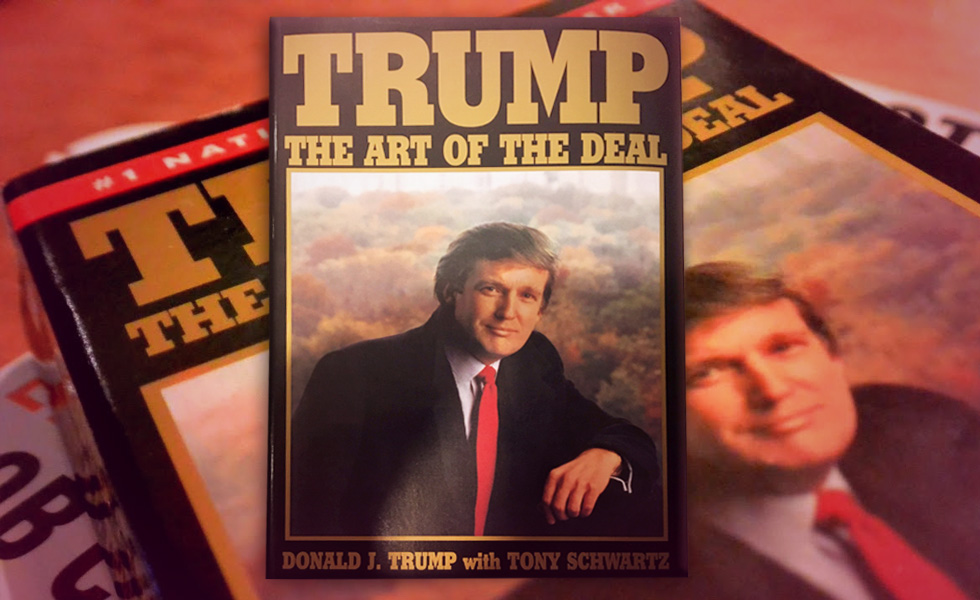 Trump’s ‘ Art Of The Deal ’ Co-Author Predicts Trump Will Resign, Then Declare Victory

The man who coauthored “Art of the Deal” with Donald Trump, a book often cited on the campaign trail last year, said the president will soon look for a way out of all of his administration’s scandals. “There is no right and wrong for Trump, there’s winning and losing,” Tony Schwartz told CNN’s Anderson Cooper. “And right now, he is in pure terror that he is going to lose.” Schwartz predicted that Trump would ultimately “lose,” but said he won’t go through an impeachment process. “I surely believe that at some point over the next period of time he’s going to have to figure out a way to resign,” Schwartz said in comments posted online by Mediaite. But in quitting, Trump will try to “figure out a way, as he has done all his career, to turn a loss into a victory so he will declare victory when he leaves.”

Earlier in the segment, Schwartz told Cooper that Trump was “in a pretty significant meltdown.” He added:

“I think he’s reacting from a survival place. I think he’s being run by the part of his brain that’s reactive and impulsive, not capable of reflection and I think he’s in pure defensive mode.” Schwartz also had a warning for some of those closest to the president. “Evidence of his meltdown is the fact that he’s starting to scream at Jared Kushner,” Schwartz said. “Honestly, I think his kids are next.” Schwartz said Trump’s sons might be spared for now since they’re not really in the White House picture. “I can honestly easily see him going after Ivanka if she says the wrong thing right now. I remember very vividly when I was working with him how terrified people would be of going up against him in any way when you could sense that he was feeling what he is feeling right now.” Last year, Schwartz repeatedly criticized Trump despite having worked with him. He also advised the Hillary Clinton campaign for free. “This is my penance for having created a man who has become a monster,” he said in September. “I’ve spent 30 years feeling bad about it.” Schwartz also said he would be donating his share of the profits from “Art Of The Deal” to the National Immigration Law Center, an organization that aids low-income immigrants.

Schwartz Would Probably Recognize Better Than Anyone What Path Trump Will Take In The Wake Of The Administration’s Ongoing Scandals And Possible Impeachment.

I would have to agree with Tony Schwartz, if Trump is forced out of office, he will try and make it seem as though it was his choice. He does not have the ability to be accountable in defeat of anything.

Eight of Pentacles: This card is struggling with a situation. I believe this shows that Trump is not adjusting well to his every move and word being criticized and challenged.

Five of Swords: Inverted (Upside Down)
This card is what I call my wuss card and being taken advantage of. Trump has a notorious reputation for being a bully and taking advantage of any situation to make sure it turns out in his favor. The card being inverted, I feel he is now getting some of that karma back with his own administration.

Seven of Wands: Inverted
This card is making a stand against a challenge. Since inverted, I feel that no matter how hard Trump fights to stay in office, something will come about that will force him to make the choice it is not worth it to fight anymore or be advised that it is not.