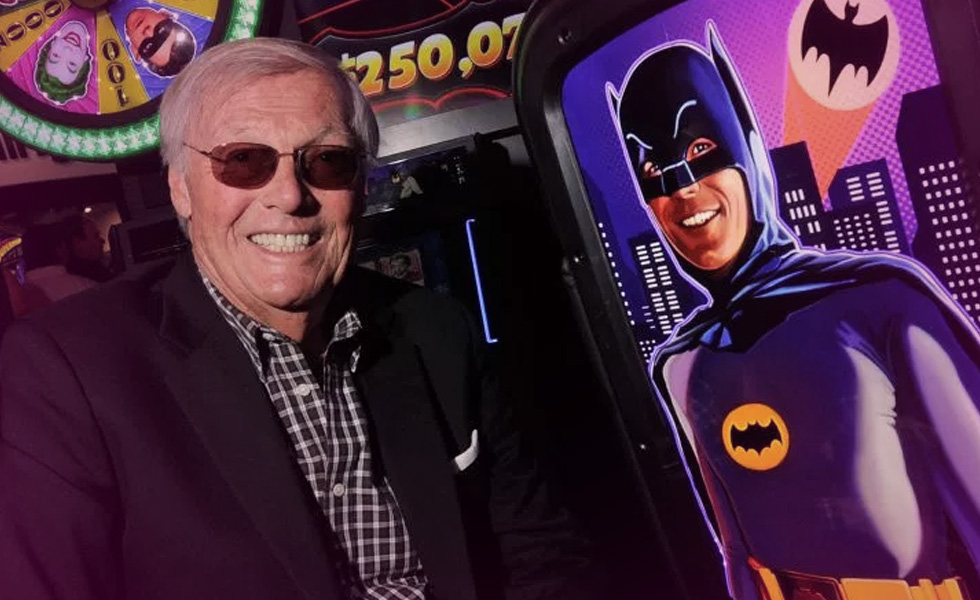 Adam West, the star of Batman the iconic 1960s TV show had leukemia and died June 9, at the age of 88. He famously played the title role in the 1960’s television series “Batman.” A rep confirmed to Variety that the actor died after being treated briefly for leukemia. The West family also tweeted from his account: “Our dad always saw himself as The Bright Knight and aspired to make a positive impact on his fans’ lives. He was and always will be our hero.”

West remained a working actor until his death, notably with recurring voice work for animated projects such as “Family Guy” and “Batman: Return of the Caped Crusaders.” On “Family Guy,” the actor voiced a character with his own name. “Adam West” seemed to be immortal no matter what medical catastrophe came his way. A memorable moment from the show involved a doctor telling West he had lymphoma, “Probably from rolling around in that toxic waste.” The doctor goes on to ask, “What in God’s name were you trying to prove?”

West’s response, “I was trying to gain super powers.” The actor also made cameos as himself on shows like “30 Rock” and “The Big Bang Theory.” Over the past 50 years, he never fully retired his role as Batman, voicing the character as late as 2017 in the upcoming video “Batman vs. Two-Face.” Since the original show, West also appeared in various non-lead roles in the “Batman” series. West’s “Batman” is now remembered as being comically over-the-top, as he was in relatively low-budget action sequences and often uttered cringe-inducing dialogue. Perhaps the most famous line from the series was when West yelled, “Quick! To the Batmobile!”

The actor embraced the humor of his take on the Dark Knight throughout the rest of his life. In 2006, West appeared on the game show “I’ve Got A Secret” and revealed that he even got a “tattoo” of the Batman logo on one of his teeth. Once the original run of “Batman” ended in 1968, West had a bit of a lull in his career, with serious work being hard to come by. To support his family, he had to do “things that I wasn’t very comfortable doing,” the actor explained in the 2013 documentary “Starring Adam West”. He had to exploit his fame for money with celebrity event appearances and risky ventures, such as a daredevil stunt where he drove a car through a truck. West’s persistence eventually started earning him more comedic roles as he embraced the love fans had for his zany Batman. In April 2012, West was finally awarded with a star on the Hollywood Walk of Fame. To begin his acceptance speech, West addressed the crowd as “citizens of Gotham.”

Adam West’s Portrayal of Batman Was Definitely A “One Of A Kind” Zany Spoof On The Marvel Hero!

The television series ‘Batman” which West starred in, was when everything was new and addictive as TV had only been available in homes for a very short period of time. Embarrassing, yes in comparison to the tech movie giants that have been made since but with that wonderful tongue in cheek humor. I am sure West now has his own personal ‘Batmobile”.

Ten of Cups: Inverted (Upside Down) This card is emotional dreams coming true. Since pulled inverted I feel that West enjoyed acting but as he mentioned, it did not come without a price to his dignity in a few roles he had to accept to stay working.

Two of Wands: This card is looking forward to future success. I believe this shows that West milked his Batman persona for all it was worth in good fun.

Justice:
This card is one of being honest with yourself and sometimes legal issues. I feel that West knew his limitations as an actor and was ok with it and took whatever work came along for him to stay acting. My guess where legal issues might have come in was how he was allowed to exploit the first Batman without infringement laws being broken.