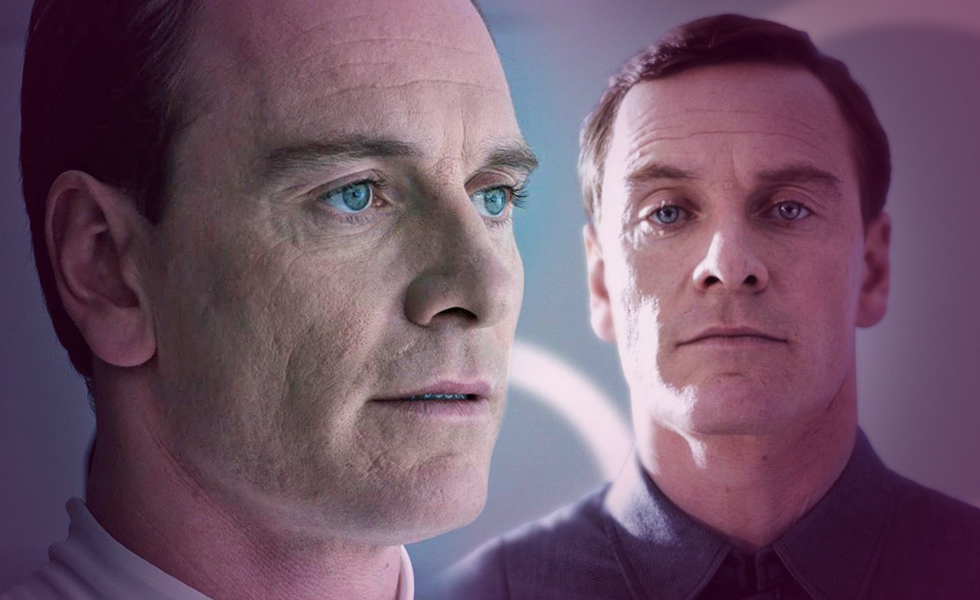 “Alien Covenant” has two of Michael Fassbender and both are androids. They engage in existential disputes on a remote planet. They debate the poetry of Percy Bysshe Shelley and one teaches the other to play a flute. More importantly, they kiss. These two Fassbenders androids form the hallmark of “Alien: Covenant,” the sixth installment in the 38-year-old “Alien” franchise. One is the prototype David, returning from “Covenant” predecessor “Prometheus.” David’s devilish God-like tendencies have annexed the planet where the colony ship is investigating a rogue radio transmission. Fassbender also plays Walter, a new-and-improved humanoid that takes care of the Covenant and strains to protect his crewmates from the extraterrestrial beasts David has cultivated. Set 10 years after the events of “Prometheus,” “Alien: Covenant” remains engaging even when it drowns in self-serious philosophizing and the foolish actions of its hollow characters. It is a Ridley Scott movie, after all. But any virtues are crumbs compared to Fassbender’s double billing, which takes all kind of bizarre and wonderful turns.

In typical fashion, Fassbender commands both roles like a demigod reigning over his creations. Pitted against each other, the characters present a duality. Walter, short-haired and American-accented, is the dutiful good to David’s vainglorious evil. One telltale sign: David has a menacing British tone. He’s also staging science experiments using remnants of the failed Prometheus mission. Soon enough, a fresh tribe of aliens are running amok, obliterating the Covenant’s inhabitants. In between sparring matches with his malevolent twin, Walter tries to rescue his friends. As the movie builds toward its chaotic fever pitch, David baits Walter with a touch of intimacy. He pauses to teach Walter to play a flute. “Watch me, I’ll do the fingering,” David says as Walter toots the mouthpiece. David says “You have symphonies in you, brother” and plants a peck on Walter’s lips. For one brief, shining moment, it’s touching, watching David actually admire someone or (something?). Alas, a romantic comedy this is not. David’s smooch is just a transition for his battle royal with Walter and the other Covenant crew members who haven’t already been executed. Through it all, Fassbender is so on top of his game that “Alien: Covenant” can stand up against his finest screen performances (”Hunger,” “Shame,” “Jane Eyre,” “12 Years a Slave,” “Slow West”). The way his stilted cyborg cadence changes from the humanistic Walter to the devious David creates a metaphysical tug-of-war, as though the pair represent two halves of one conflicted soul. Their interplay embodies some of Scott’s most masterful wizardry. From a logistical vantage, that flute scene is a true “wow” moment, unfolding with seamless titillation, as if two different actors are sharing the exchange. By the end, the horror-movie elements and the philosophical world-building in “Alien: Covenant” don’t quite blend. But it almost doesn’t matter, partly because Scott has such a technical mastery and partly because Fassbender’s dueling energies are such a delight to watch

Will Fassbender’s Performance Show How Evil Can Be So Beguiling?

Yes, and even more so as his dual performance will not only take on the emotional battle between what is considered good and evil, seducing a version of yourself will have a “Whoa!!!” effect on the audience.

Eight of Pentacles:
This card is about working very hard at something. I feel the dual character was a challenge even for a terrific actor as Fassbender.

Eight of Swords: Inverted (Upside Down)
This card is about fear keeping you unable to make a decision. Because the card is inverted, the message will come across exactly as Ridley Scott wants it to be. Do you make choices out of fear or doing the right thing.

Two of Wands:
This card is future success on a project. I believe the card shows the movie will fall in line for the Alien fans as a success. Same plot but a more intelligent perspective than the previous Alien movie “Prometheus” did.