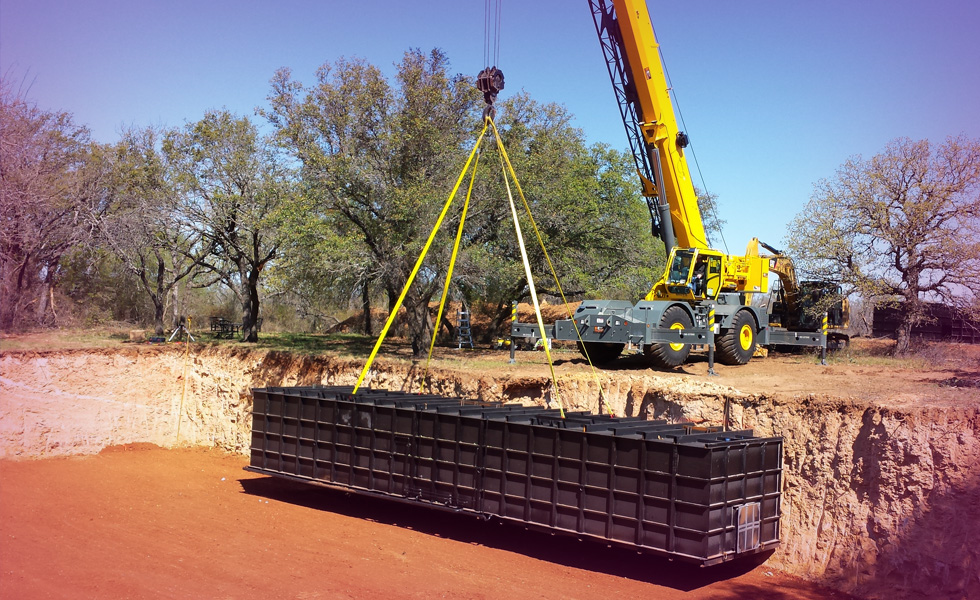 Unsure where Trump is taking us? Why not buy a bunker?

It seems like fallout shelters are the new craze. They are a safe haven, with bullet-proof doors and two-years’ worth of food supplies. They could really save lives, but they also mean a huge business for some and we are talking about millions of dollars. Yes, that’s right. True, some of them cannot really be put under the same roof as others. Especially because they have a pool table and a hot tub in them. Sounds just like the things you need on Doom’s Day, right?

Although the bunkers cannot only be used in case of a natural disaster. In fact, people are encouraged to buy them as a precaution. After all, you never know what might happen. They are also good in case of a social outbreak, or, as some believe, to protect them from Trump. Or rather his views.

A lot of people make a (quite decent) living by selling bunkers. Clyde Scott, a Texas businessman is especially successful. His cheapest underground ‘condo’ is $45,000 and is 8 by 12 foot. Quite an investment, right? Then there are the millionaire models, ones that would make the Queen blush. Yes, there are people who can afford those. In fact, some of Clyde’s customers are regulars. Who would have thought about that? Having a bunker is one thing, but two?

According to Scott, it isn’t uncommon. In fact, just in recent years he had many new (and existing customers) turn to him for help. “During the Obama administration our sales went up 250 percent. In the Trump administration in the past month our sales probably went up 500 percent”. Yeah, I don’t really want to add up how much that means. Nor do I really want to imagine how many people are living in their bunkers right now.

With today’s political unrest, many think this is the way forward but is it? Should everyone rush to the nearest bunker store and have one on order, just in case? Or will this craze pass, just like others? Let’s ask the cards.

Ace of Wands:
Well, if someone is inspired by the idea, then this card gives the go-go. Although, you need to know, that as alluring as it sounds, having a bunker is more than meets the eye. You need to make sure you are doing it for the right reasons.

Five of Wands:
This card represents the conflict that surrounds us. Although, it might just be a blessing in disguise. The unrest brings with it a sense of change. We want to bring a better and safer world into place and we are on the right path.

Nine of Pentacles:
Life should be enjoyed and not feared. We need to be in harmony with Nature and our true selves in order to survive. It’s okay to have a safe place, but make sure you keep it for emergency only. Live in the present.