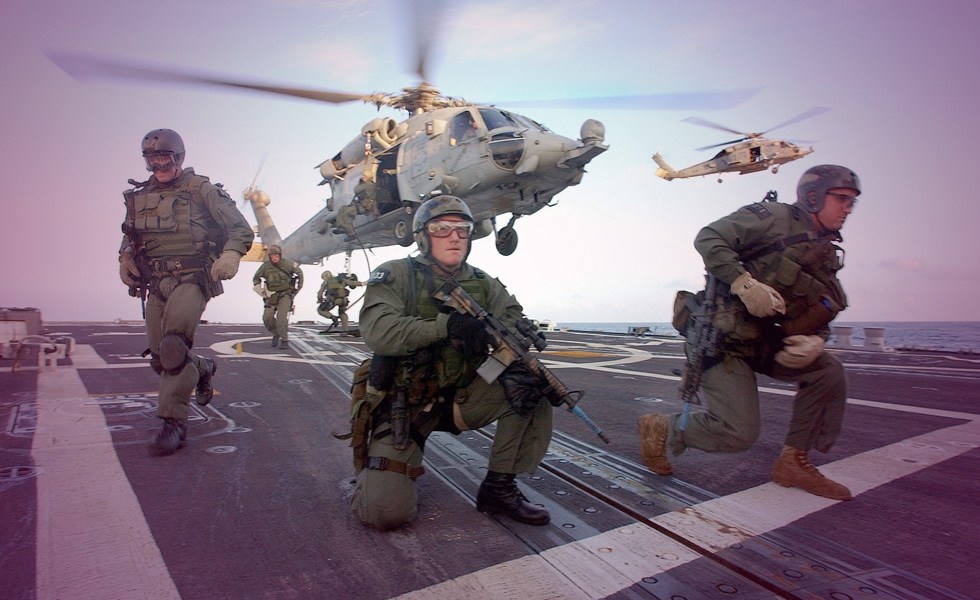 The New York Times might not be Donald Trump’s favorite publication, openly biased towards the Democrats and more than happy to air its views on ‘tough guy’ Mr Trump with ‘All the News That’s Fit to Print’ as the NYT motto says.

Trump’s military and the CIA’s highly secretive team of Navy SEALs aka the US Navy’s Sea Air, and Land Teams are regular’s in the publication. The SEAL Team 6 was highly praised for making the world a safer place by removing the world’s most wanted terrorist (of the time) following 9/11.

The Navy SEALs secret snippets have now been shared by NYT and by all accounts, the attitudes and skills of these guys translate to ordinary people in the real world. Are they not a tough guy male only club? (No lady SEALs as yet!)

The SEALs have shared their concise but very healthy checklist which they say is the secret of their success. Purpose and meaning being first order of the day. It’s easier to persist when we’re doing something personally meaningful and which is important to us. Apparently, if we make a game out of the challenges, we keep a competitive mindset without stressing out. Confidence is essential but we need to be realistic, believe in your ability to take the challenges. The SEALs say prepare, prepare, prepare! True grit comes easier when the prep. has been done. We should also always focus on improvement, every SEAL mission ends with a debrief focusing on what went wrong so they can improve, but don’t spend too long beating yourself up over what went wrong, it could be counter-productive. Celebrate the small wins and take joy if the good times are scarce. Oh and don’t forget to laugh! SEALs and academics say that laughter helps with stress. I think we can all agree with this one!

So, there you have it, how to acquire the attitude of a Navy SEAL. Sounds reasonable enough but how does it translate into real life? Let’s look at some cards.

We drew the King of Pentacles, the Six of Wands and the Nine of Hearts.

The King of Pentacles
This is the Royal Warrior dressed for combat who may be considered by some as a ‘rough diamond’. This card says that with self-discipline and a solid sense of purpose, it is possible to achieve greater things. The SEALs have their checklist and it may be boring to continually check off the to-do list, but evidently it works. Consider the outer package whilst working on forming positive habits.

The Six of Wands
This says that improvements are guaranteed, as long as the checklist is followed. This card asks that you recognize where you are in terms of growth and understand that persistence pays.

The Nine of Hearts
This represents the ultimate fulfillment. A granted wish! There is a healing energy within this card and a sense of comfort, even if a situation looks difficult, attainment of contentment is possible.

The attitude of a Navy SEAL is entirely possible, essentially, half inspiration, half perspiration. It’s not about big biceps, rather it’s about using your big brain and big emotional muscles positively and channeling them into the right mindset whilst being realistic about physical capabilities. The Navy SEALs say the group is always more powerful than the individual. Lone Rangers need not apply!