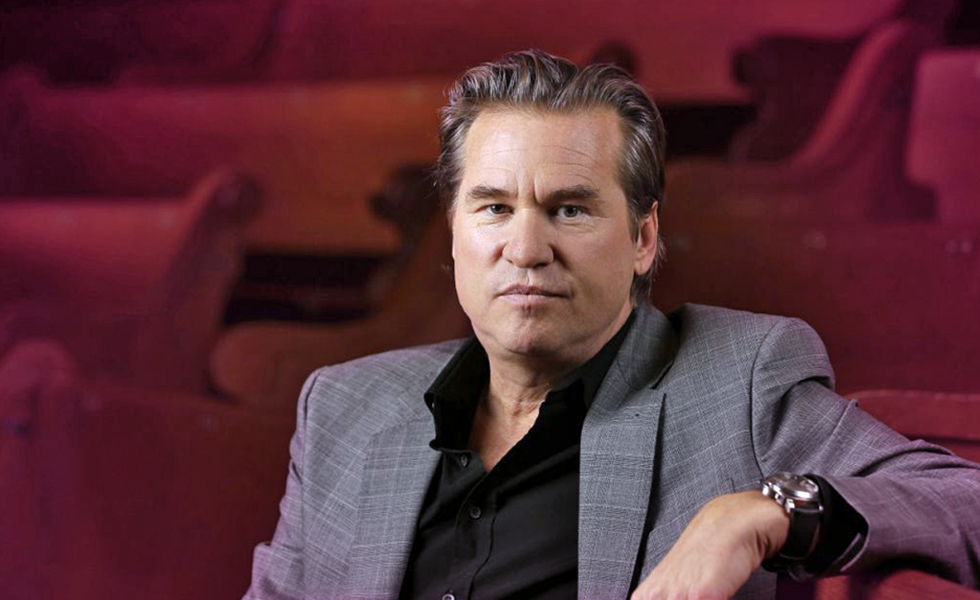 Worried fans have reached out to Val Kilmer recently following claims that he had the same cancer that his good friend Michael Douglas previously had. Val posted a statement on facebook saying that he has ‘No Cancer Whatsoever!’ He says he loves his ‘Ghost and the Darkness’ co-star but that Michael Douglas is misinformed. Kilmer last spoke to his friend about two years ago when he asked for the name of a specialist in order to get a diagnosis for a lump in his throat.

The mistake came about when Douglas was being interviewed recently. Mr Douglas said that Val was a wonderful guy who was currently dealing with the same medical issue that he had, referring to the stage 4 oral cancer that he suffered with back in 2010. Michael offered Val his prayers and said that it was the reason we had not heard from the actor lately.

Val responded by writing, ‘Some fans have mistakenly thought my silence about my personal issues meant that somehow I wasn’t being responsible to my health,’ ‘Nothing could be further from the truth,’ ‘Although I am very grateful for all the support from around the world, when people found out I had a physical challenge. I hope this puts to rest any further concerns about my health.’ He also said about Douglas, ‘He’s a loving and devoted friend to a privileged group of talent people around the world, and I’m sure he meant no harm.’

I’m sure that the well meaning Hollywood legend Michael Douglas did not mean to cause upset to his friend. Val appears to have dealt with it in the best way.

Val drew the Temperance Card, the Prince of Wands and the Ace of Pentacles.

Temperance teaches patience and discipline and there is a sense of nature and the cyclical nature of the seasons. Val has been out of the public eye but has not disappeared completely. This card shows that Val blends all opposing factors in his life skillfully. I feel that the time was right for Val to reappear in the public eye, although this did not happen in the way that he had intended.

The Prince of Wands shows a passion project that Val is currently involved with. This card represents movement and positive change.

The Ace of Pentacles represents good fortune on many levels. There is a new income stream for Val due to work being undertaken, the new beginning indicated will allow his business activities to expand.

Whilst we cannot read on medical issues, the cards reveal that Val is in a good place right now. I feel that he has bided his time in terms of stepping back into the spotlight. We will be hearing a lot more from him moving forward. Good luck to Val with his business endeavor’s and well done for pacifying a well meaning friend whose intentions had no malice.