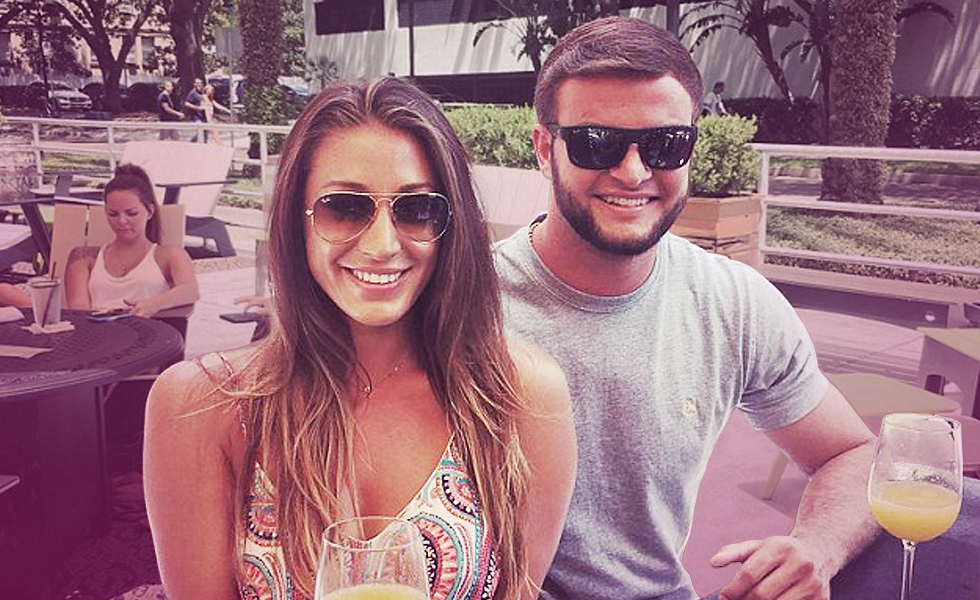 Reality star Vienna Girardi may not have the ‘best’ claim to fame.  She was unceremoniously dumped live on TV by Bachelor star Jake Pavelka during season 14. Vienna did have a challenging time with Jake.  He proposed to her in 2010 during the season finale which shocked many fans at the time since she was ‘cast’ as the pantomime villain.  The couple went on to split following Pavelka’s appearance on Dancing with the stars during that year.  Things became a little overheated after Vienna called Jake a liar and the ensuing screaming match had everyone running for cover.  Well, I guess it made good TV at the time!

Thankfully, everyone’s moved on since then and Vienna has since found love with a new guy.  She has revealed that she is engaged to her racing driver boyfriend of three years Todd Allen.  Apparently, Vienna has travelled the world looking for love and yet it was in her back yard all along!   The loved up reality star is currently flashing a diamond sparkler and has gushed that she love’s him  with all her heart and that they can’t wait to spend the rest of their lives together.  Vienna and Todd are based on his home patch in Orlando.

Admittedly, Vienna did go on to appear in Bachelor Pad 2 with no success.  What’s next for the loved up reality star?

So which cards did Vienna draw today?  We have the Prince of wands, the Hierophant and the Ace of Swords.

The Prince of Wands shows the energy around Vienna leading up to this point.  There was a restlessness within her.  There is need for some people to go on an epic journey in order to find what they consider to be the ‘holy grail.’  As we say many times, love finds us when the time is right and not before.  The couple share many things, a lust for life and a passion for each other.

The Hierophant shows the commitment that the couple have made to each other.  This is no fly by night relationship.  I feel that they have not rushed into anything without giving it due thought.  Three years is a respectable time to get to know each other, and know each other they do!

The Ace of Swords indicates a clean break.  There is a sense that the forces of truth have triumphed and any negativity from the past has been removed through considered effort.  There is a sense of karma determining their destiny but I do not feel that this couple with leave anything to chance.   This is a new beginning of action and expansion for the two.  They are wished the best for their joint future.

Vienna Girardi
Previous ArticleHow is Shannon Doherty keeping up her spirit?Next ArticleHas Kelly Clarkson forced her husband under the knife?