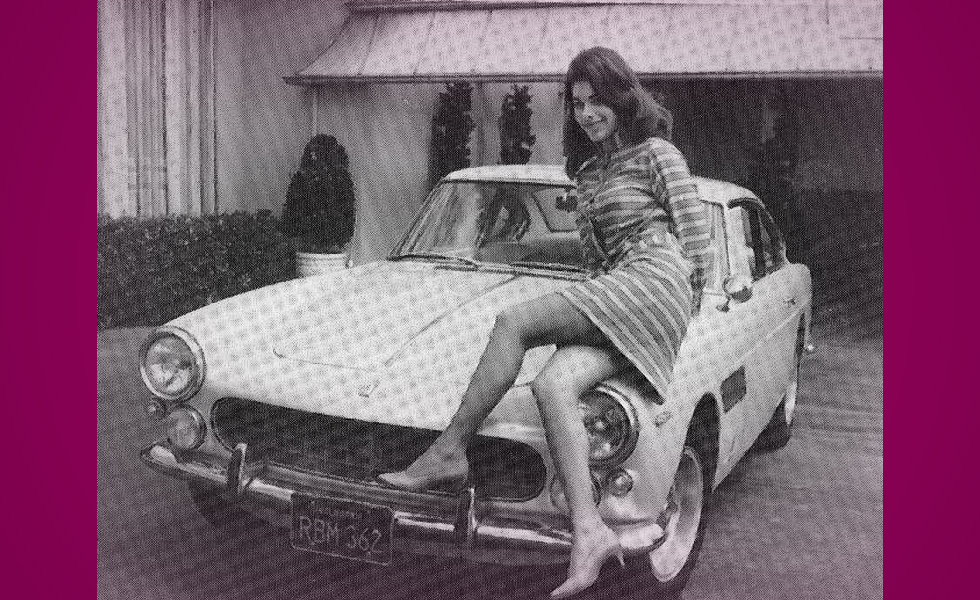 Traditions surrounding human burials have existed for thousands of years. Just look at the Ancient Egyptians if you need an example of a culture that took honoring their dead very seriously! Even today, it is not unusual for people to make specific requests in the event of their death. For some people, this means requesting a simple cremation with no ceremony attached, while others want a full burial with an elaborate ceremony and lots of friends in attendance. Others make requests for their burials that are a little bit out of the ordinary. When wealthy socialite Sandra West died, her burial request was so outlandish it made waves across the country!

Sandra Ilene West, known to her friends as Ilene, was a wealthy socialite from San Antonio, Texas. Together with her husband oil tycoon Ike West Jr, Ilene spent every spare minute of her adult life indulging in all of the finer things that her husband’s money could buy. When Ilene’s husband Ike passed away in 1968, her passion for the finer things in life turned into an obsession that some folks would call pretty darn eccentric. While Ilene’s in-laws had Texas roots, she was born and raised in Beverly Hills, where living extravagantly was nothing new. Still, being buried in your car was pretty extreme, even amongst the Hollywood set where almost anything goes!

Nobody thought that Ilene’s request was a serious one, but they couldn’t have been more incorrect. According to Ilene’s handwritten will, she wanted to be buried in her 1964 powder blue Ferrari 330 America, wearing a “lace nightgown” with the seat reclined to “a comfortable angle.” When Ilene passed away from an overdose of prescription drugs in 1977, her final will and testimony were turned over to her brother-in-law Sol West to carry out. Sol did not want Ilene to be buried in such a fashion, but Ilene had made sure she would get the burial she wanted. She said in her will that if Sol did not honor her request, he would get $2,000. However, if he did honor it, he would receive $10,000 from her estate. Sol could not believe that a handwritten will with such a ridiculous request could possibly hold up in court, so he took the will before a judge to get a ruling. The judge wasted no time at all reaching a decision: the will was binding. After a temporary burial, while they ironed out legal details, Ilene got her final wish. She was buried, propped up in the front seat of her car, at San Antonio’s Alamo Masonic Lodge Cemetery, with a crowd of curious on-lookers watching the whole thing. Once the box containing her body and her car were lowered into the ground, a team of men covered the entire gravesite with concrete. Grave robbery wasn’t common in San Antonio, but neither was burying a valuable collectible car. Sol smartly had Ilene, her nightgown and her precious car all placed inside a hermetically sealed box. This didn’t just keep her safe from prying eyes, but would also preserve the remains and the car they were resting in.

Was This Burial Request Made by A Sane Woman or Just a Spoiled One?

Both and maybe just a “little” touch of insanity sprinkled in there. Lol!

Ten of Swords: Inverted (Upside Down)
This card represents a very hard time in life. Being inverted, I feel it shows Sandra never got over her husband’s death and quite possibly intentionally made a choice to not wake up one morning.

Nine of Wands:
This card represents working through hard and difficult times. Her extravagant lifestyle might have hid a life filled with many heartaches and problems.

The Lovers: Inverted:
This card carries an obvious representation. Being inverted, I believe she was not happy alone and wanted to join her husband in the grand style they lived in!