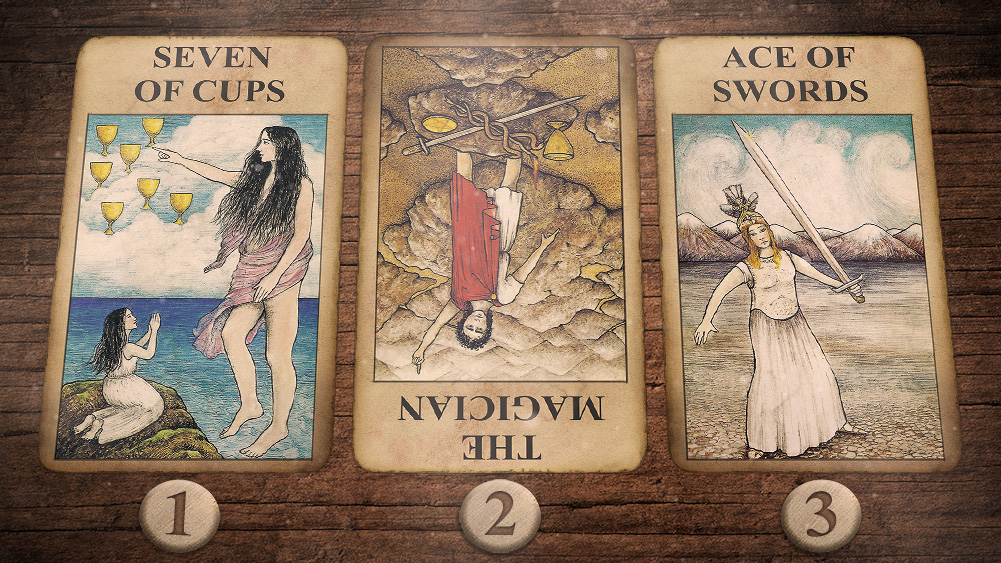 The Ace of Swords, upright, shows us a woman brandishing an extra-long sword which speaks of mind over matter when viewed with the snow-capped mountains behind her. The sky is filled with white, fluffy clouds indicating the purity of new beginnings which are often heralded by any ace. The mind is an extremely powerful tool with limitless power. It can take you from the absolute darkest of places to the most joyous moments we have experienced, often in the blink of an eye. Swords are a suit that speak on matters of the mind and intellect rather than action. When several swords turn up in a tarot reading, they are expressing that it is not quite the time for action, but rather a time to plan and contemplate your next move. Aces are usually indicators of new beginnings. The Ace of Swords generally talks about planning and preparation as well as making the focused effort and being determined to keep moving forward despite what may lay ahead. While you may be anxious for a change, especially after months of being quarantined and heavily restricted in our daily lives and finances, the time is not yet upon you to take action. Rather sit back and bide your time while mentally processing the potential that lay before you.