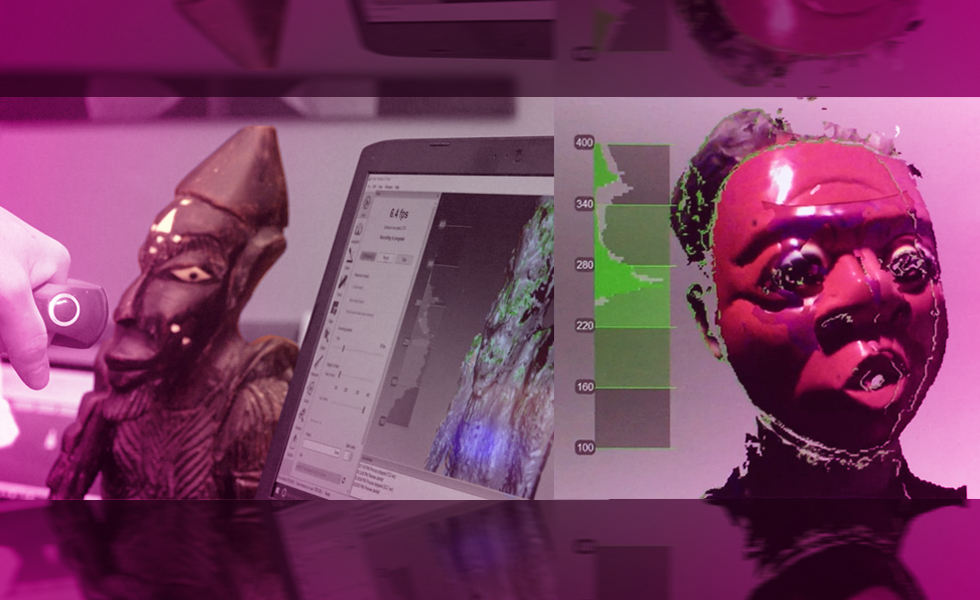 Weird Stuff Is Happening When Haunted Objects Are 3D Scanned

Well I would imagine so! If you have a spirit, demon or elemental energy that has made their home in an object and then some curious folk puts your abode under a 3D scan, it’s like knocking down all their security walls and totally messing up their safety nets. They are going to create some havoc for the machines and possibly the people trying to get close to their safe haven. I would imagine in a few cases with this new scanning machine, there have been some fairly angry reactions and maybe a little blood drawn?

What is causing all the commotion is the world’s first haunted object 3d scanning project and it is definitely confusing ghosts and other entities while trying to produce paranormally-active prints. The Traveling Museum of the Paranormal & Occult, the world’s only mobile museum of haunted artifacts, launched the first ever initiative 3D scans, creating a database of paranormally active objects. “In hindsight, I guess we should have anticipated this,” occult museum director Greg Newkirk says, “but when it comes to working with haunted artifacts in new, unexplored ways, you never know what’s going to happen. We’re attempting something that’s never been done before, laying the groundwork for future study of paranormally-active objects. There are going to be quirks we can’t see coming.” Launched in February, the project has seen the founders Greg Newkirk and Dana Matthews scanning cursed idols, self-burning Ouija boards, drums used to summon voodoo-spirits and even a haunted mask with a habit of kickstarting out-of-body experiences.

The project is the first of its kind, combining the study of supernaturally-influenced artifacts with cutting-edge technology. But now that the project is four months in, the museum curators are discovering that it’s hard to teach an ancient spirit new tricks. “Some objects just don’t want to be scanned,” Matthews says. In particular, he is speaking of a large African idol that just does not want to be scanned and has a history of causing intense nightmares. “In the case of “Billy”, (his nickname) he kept literally putting up a wall in front of his face every time we tried to scan it. We had to sit down and conduct an EVP session with him to find out he was just concerned about the scanning process; he didn’t understand what we were trying to do with him.” Once the process of performing a 3D scan was explained to the idol, along with the duo’s reasons for conducting the scan, Matthews says that “Billy” finally allowed his image to be catalogued. In all, the process of scanning the haunted artifact took over thirty hours, most of which the curators say account for negotiations with the attached spirit. These types of strange hiccups aren’t uncommon, Newkirk says. “We’ve had equipment malfunction in bizarre ways, artifacts mysteriously go missing before we can scan them and just two weeks ago, we went to print a 3D duplicate of a haunted mask we’ve named The Fetid Face and it completely melted the printer. It destroyed the equipment.” Okay, going to take a pass on this paranormal experience!

When you are dealing with the paranormal, you can never know what to expect in any situation. No one has ever come up with a clear explanation why spirits, demons, ghosts, poltergeists, etc. do what they do except one basic sameness: whatever their energetic form is, negative or positive, (just like humans) that is the reaction you will get. Since no one has of yet been able to explain with 100% accuracy why humans act the way they do without a lot of psychobabble, then if would make sense in the paranormal realm to expect the unexpected also.

Seven of Swords: Inverted (Upside Down)
Avoiding a situation or running from a responsibility. My guess this card is representative of the paranormal entities who are not interested in you poking around in their adopted home.

Four of Wands:
Change of residence and optimism about the future change. I feel this card shows the entity might be concerned about being chased out of the object they hold as their own but can be talked into a 3D scan with the right verbiage as in the case of “Billy”.

Princess of Pentacles: Inverted (Upside Down)
New plans of creativity with a youthful energy behind it. Since most paranormal entities usually act like spoiled little shits when it comes to their ownership of an object, I would guess this 3D scanning team will have to get real creative whenever they scan “haunted” objects.

Time to stop ignoring your dreams and start listening