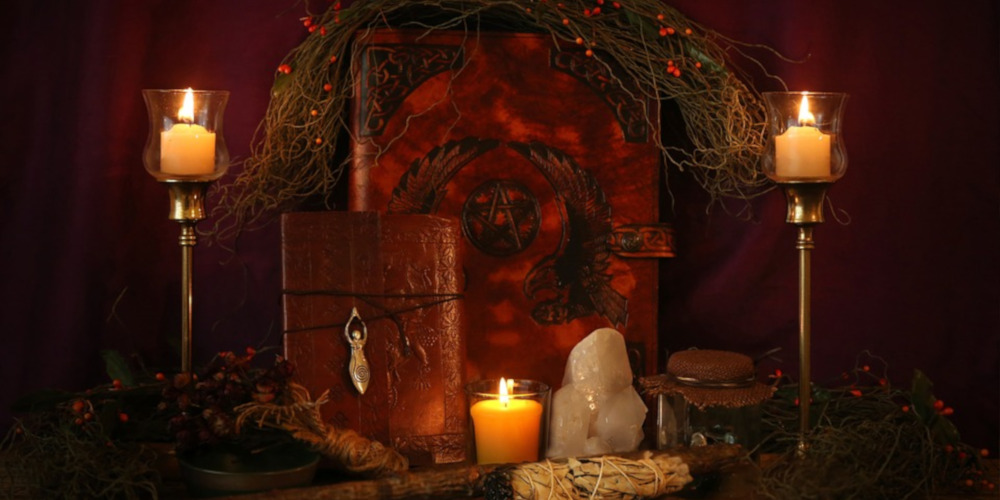 Not all Wiccans are Witches and not all Witches are Wiccan.

Many people also mix-up being Wiccan with being Pagan. Here is where it may get a bit tricky as all Wiccans are Pagan but not all Pagan are Wiccan. Confused?

So Wicca is a religion, while Witchcraft is a practice. This may make you wonder then what is the difference between a religion and a practice.

A religion is a particular system of faith and worship and the pursuit or interest to which someone ascribes supreme importance. Whereas a practice is the actual application or use of an idea, belief or method as opposed to theories about such application or use. The customary, habitual or expected procedure of something.

The belief in Wicca can be traced back to a retired British civil servant named Gerald Brousseau Gardner around the year 1951. Wicca is generally seen as how one relates to the Divine or their Supreme Being be it the Goddess or a varied god or lesser goddess.

It is rare to find one who practices both Wicca and Christianity but it is becoming increasingly popular for one to be both a practicing Witch and have faith in God, as was expressed in a recent story I wrote for 7th Sense (Is there Such a Thing as a Christian Witch?).

The history of Witchcraft precedes the witch trials of the 1600’s and no one really knows the time line for which it can be attributed as beginning.

For many practitioners, Witchcraft stands strongly on symbolism and ritual. I am much more relaxed as a practicing Witch as I believe the power lay in the intent where many other practitioners are all about doing things exactly “right”. Some practicing Witches I know believe that using the proper athame or a particular incense or specifically colored candle holds the power.

Personally, I rely more on the desire of myself and those I do workings for. To me, it is what is in your heart and just how badly you desire the end result. Yes, there is certainly power in the chosen words and how those words are expressed. There is power in your tools and other supplies such as salt, resins, etc. But the true power lay in just how badly you want what you’re asking for or seeking.

An example of the power being in your desire would be when driving through a crowded parking lot, speak these words aloud: “Goddess Mother please lift up your face and find for me a parking space.” For me, more often than not a parking spot materializes seemingly immediately and usually quite near the door of the business I’m planning to enter.

While I do use tools when practicing my chosen craft, I rely more on the spoken words and what lay within my very core being. Those who choose to be only Wiccan also rely heavily on their inner most desires when seeking to create or manifest a desired result in their daily lives.