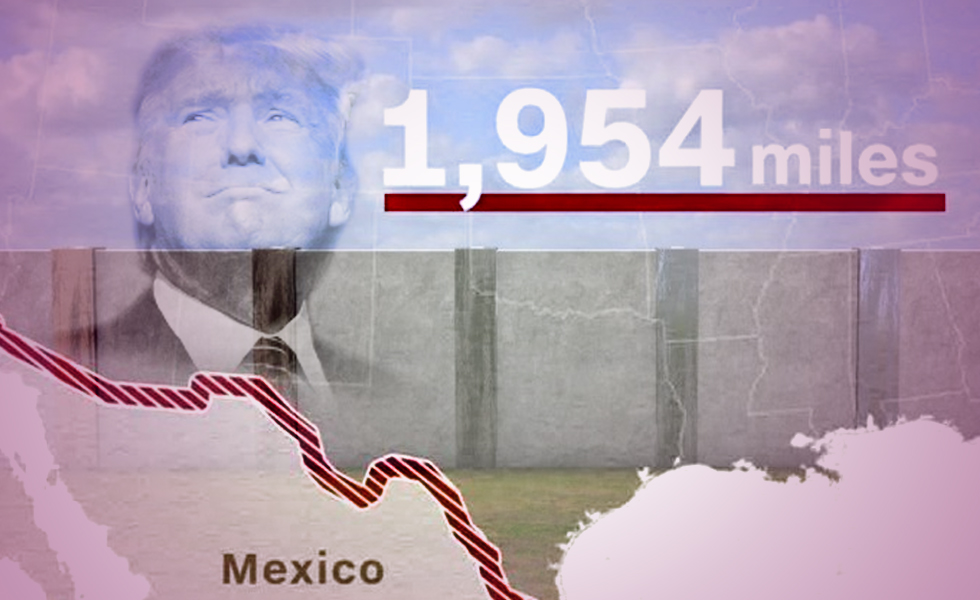 Will Trump`s Wall Work as Planned?

“Big day planned on NATIONAL SECURITY tomorrow. Among many other things, we will build the wall!”

Donald Trump`s tweet `confirms` his intention to fulfil one of his main promises. He is going to build a wall along the US-Mexican border that will keep out illegal immigrants. Will it really and at what cost?

While some say that nothing is perfect enough to reduce immigration to zero, there are other problems as well. Trump had said that “Mexico will pay for the wall. One hundred percent. They don’t know it yet but they’re going to pay for it.” Now the problem is, that they still don`t seem to know about it, neither does anyone else. Although, according to Trump, he will find a way to make them pay.

Furthermore, the amount might just be way higher than expected, too. Not to mention the upkeep costs. It`s all good, if Mexico is paying, right? Except President Nieto thinks otherwise. “At the start of the conversation with Donald Trump I made it clear that Mexico will not pay for the wall”.

Things get even more complicated, as the wall cannot disrupt rivers. Although natural obstacles might as well be used in addition to reduce costs. If something is blocking the way already, why build something else on it, right? Except it isn`t that easy. As experts say, “Every wall can be circumvented. People can go under it, they can go over it”.

Opinions vary on whether there should be a wall in the first place. At least we can`t say that Trump doesn`t fulfil his promises. Let`s draw some cards to see what`s in store for Trump and his `great wall`. Is it going to be that great?

Knight of Swords:
Trump has started the project, and there is no stopping him now. He doesn`t see any obstacles, just challenges. However, rushing into action and cutting corners might not be the best idea. As much as this is a pressing matter for Trump, this card suggests that caution and patience are required.

Six of Cups:
Working on this project brings back sweet, old memories and feelings. It can refer to an era of love and joy and security. On a broad level, it can also represent the intention to bring back security to America. The intentions are pure, but this card doesn`t speak of the outcome.

The Empress:
Nature and the Universe will definitely be of great help here. However, Trump needs to make sure that lines of communication remain open. Help can come in all shapes and forms, try to take it all with grace. No matter where it`s coming from.