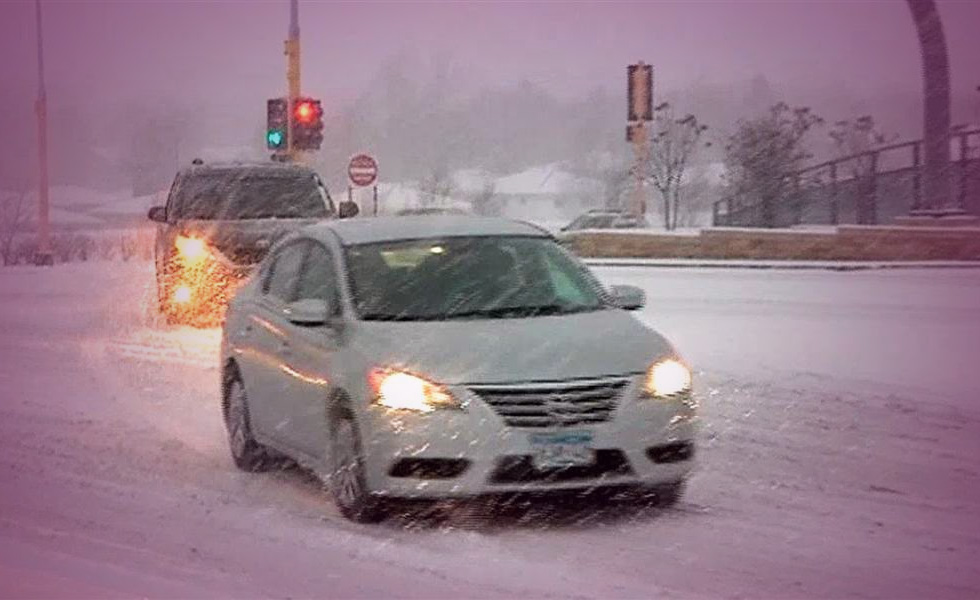 Winter isn’t over yet, even though spring should be well on its way by now. However, having snow in March isn’t unprecedented. With global warming and pollution, weather conditions are changing drastically. So, we might as well expect snow in June next. Or Santa could bring ice cream and air conditioners next Christmas.

However, the snow blizzard that hit America is no joke. It is a serious threat, one that wrecked havoc across the country. Okay, snow is almost ‘natural’ in March. What about when it is accompanied by a heavy storm that cuts off everything? Blizzards have been threatening America since Monday, placing 70 million people under alert. The heavy wind has been causing tremendous damage, not to mention the blocked roads.

Over 5,000 flights were cancelled and people were advised to stay home on Tuesday. In 8 states, life literally stopped for a few hours. No above-ground trains, no planes, no way to escape. Emergency was declared in New York, Pennsylvania, New Jersey, Connecticut and Virginia. Luckily for us, as quickly as the storm came, it could depart just as swiftly. According to experts, the worst is over, but is it, really?

Some claim that this was another sign from above, one that shouldn’t be ignored. Others even say that 2017 brought with it a sense of apocalypse. True, this wasn’t the first storm that hit the world at an unexpected time. Not to mention the tremendous amount of catastrophes that occurred this year. It’s only March. To top it up, a Georgia security camera caught a church being stuck by lightning. Very Doom’s Day like, I must say. Let’s ask the cards to see what this storm teaches us. Two of Pentacles:
This card reminds us that we need to stay alert and flexible. Sometimes change is inevitable and all we can do is adapt. It also suggests that we shouldn’t only look at the big picture, but our day to day goals.

Seven of Pentacles:
Whenever a major storm hits, it reminds us to set our priorities right. We need to make sure that whatever we are putting effort in is worth our time. The storm will pass, as always, but it will leave a few questions behind. Try to be grateful for the things you have, focusing on the present.

Six of Wands:
It is important to know who you are, and what you want. Sometimes it is only under great threat that we realize our true potential. Use that initial spark of inspiration to create something great.