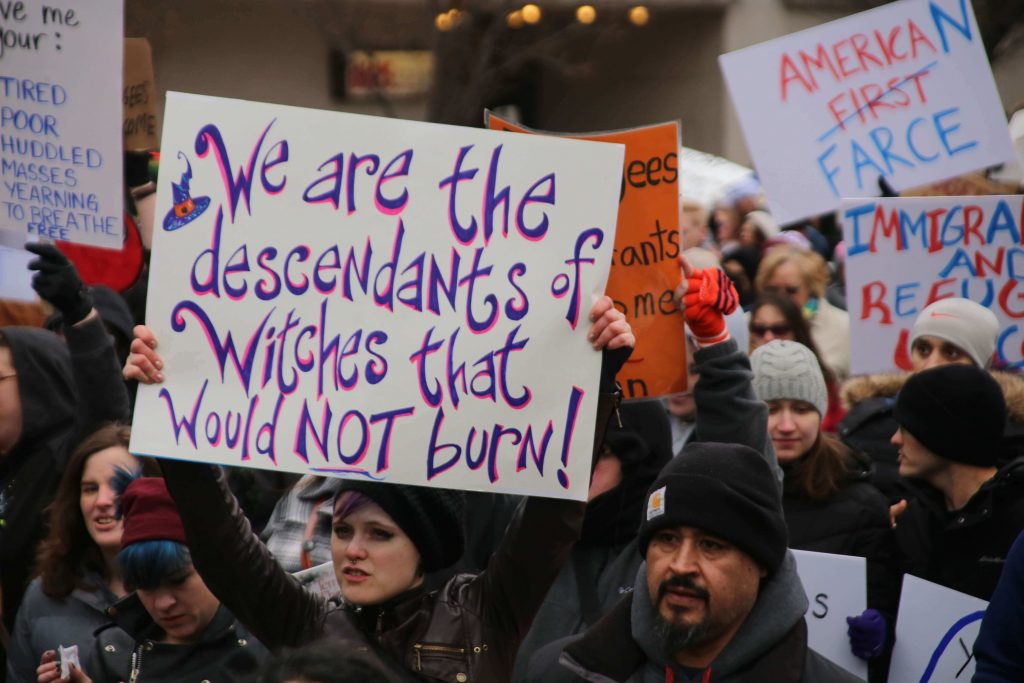 Well it seems nothing else is stopping this train wreck of a president. Having been privy to watching spells being cast and observing some of them work and then others, you can almost hear the elements laughing at the spell caster, I say “why not”? In this fast-moving Aquarian energy of karma full on slapping you in the face for past and present do overs, magick may just be the thing that can slow Trump down. We saw it happen with Obamacare and with many other bills he has initiated but also many of them have in some version, made it through.

For witches around the world, they believe one binding spell is helping protect the country from Trump’s plans. Vicky Adams, the owner of a well-known occult shop in Hollywood, told The Sun that the spell isn’t intended to harm the President but to stop congress from passing Trump-supported legislation on issues such as immigration and the environment. She estimates that tens of thousands of witches cast the spell once a month during the waning moon. She says her shop has been inundated with people desperate to learn the spell and buy the ingredients – which include an orange candle to signify the President’s trademark fake tanned skin.

The 49-year-old witch says the spell, which started in February, has now become a global phenomenon. Dozens of witches were seen performing rituals outside Trump Tower earlier this year – just one week before a blaze inside the building. As well as casting spells on the controversial President, Vicky said huge numbers of people are turning to witchcraft, white and black magic to help them deal with everything from boosting their love life – to cursing or exacting revenge on their enemies. Even celebrities come in to her store, Panpipes Magickal Marketplace, looking for spells to help them land big movie roles.

I had a friend that use to say “money and magick were the two most powerful movers of energy after prayer.” I have to say that turning to magick to control a rogue, immature president is stretching it but hey what is magick but elemental prayers. So, go for it ladies and men, I am a believer!

Five of Pentacles: Inverted (Upside Down)

Low self-esteem and a less than mentality. Since pulled inverted, my feelings are the energy being used in these spells come from a place not of less than but….” Oh no you are not going to get away with that if I can help it!” lol!

Victory over a life situation. Since inverted, one must always be careful when manipulating another person’s role in life. It can backfire on you, you getting what you want but something worse takes its place. (V.P Pence?)

Success of a future project. I actually believe the energy they are moving with their spells is more than likely having some kind of effect on exactly what they want. But pulled inverted, possibly the end game will not be what they expected.